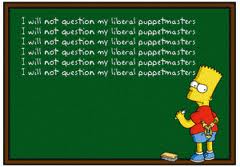 The irony is just too sweet.  Some of the most ardent cheerleaders for El Presidenté — college faculty — are becoming some of the first victims of ObamaCare:

The federal health-care overhaul is prompting some colleges and universities to cut the hours of adjunct professors, renewing a debate about the pay and benefits of these freelance instructors who handle a significant share of teaching at U.S. higher-education institutions.

The Affordable Care Act requires large employers to offer a minimum level of health insurance to employees who work 30 hours a week or more starting in 2014, or face a penalty. The mandate is a particular challenge for colleges and universities, which increasingly rely on adjuncts to help keep costs down as states have scaled back funding for higher education.

A handful of schools, including Community College of Allegheny County in Pennsylvania and Youngstown State University in Ohio, have curbed the number of classes that adjuncts can teach in the current spring semester to limit the schools’ exposure to the health-insurance requirement. Others are assessing whether to do so, or to begin offering health care to some adjuncts.

In Ohio, instructor Robert Balla faces a new cap on the number of hours he can teach at Stark State College. In a Dec. 6 letter, the North Canton school told him that “in order to avoid penalties under the Affordable Care Act…employees with part-time or adjunct status will not be assigned more than an average of 29 hours per week.” […]

Of course, moves like this are infuriating faculty and frustrating college administrators:

[…] Mr. Balla, a 41-year-old father of two, had taught seven English composition classes last semester, split between Stark State and two other area schools. This semester, his course load at Stark State is down to one instead of two as a result of the school’s new limit on hours, cutting his salary by about a total of $2,000.

Stark State’s move came as a blow to Mr. Balla, who said he earns about $40,000 a year and cannot afford health insurance.

“I think it goes against the spirit of the [health-care] law,” Mr. Balla said. “In education, we’re working for the public good, we are public employees at a public institution; we should be the first ones to uphold the law, to set the example.”

Irene Motts, a spokeswoman for Stark State, a two-year community college, said the new rules were necessary “to maintain the fiscal stability of the college. There are a lot of penalties involved if adjuncts go over their 29 hours-per-week average. The college can be fined and the fines are substantial.” […]

When it’s popping “the rich” and “the corporations,”  the folks in the faculty lounge are gung-ho about ObamaCare.  Now, that it’s smacking THEM in the wallet …