Only in politics can you be a miserable failure

at your job, but get praised as a hero and PROMOTED.

Roy Cooper has spent the last sixteen years as our alleged legal counsel.  (The last four of those he spent running for governor.)  Despite achieving national publicity for overseeing an incompetent crime lab that screwed over countless crime victims and wrongly-convicted defendants, and failing to defend our state from a constant feces bombardment by a traveling circus of leftist sue-monkeys, Roy Cooper is moving into the big house on Blount Street tonight.

We tried over the last four years to pull him off the campaign trail and go into the courtroom and DO THE JOB HE WAS ELECTED TO DO. But The Rocky Mount lazy bastard™ wouldn’t budge.   *Campaigning is more fun than working.* 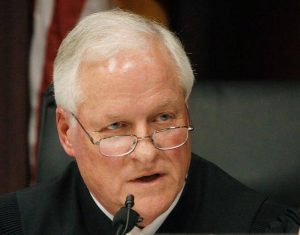 Now, with the help of the Jim Hunt political machine, Cooper is camped out in a Wake County courtroom trying to  undo some bureaucratic reforms passed by the duly elected General Assembly.  Cooper went judge-shopping and found himself one Judge Don Stephens — a loyal soldier to ol’ James B. Hunt himself.

Stephens was appointed to the Superior Court bench in 1984 — as Hunt was ending his first pair of gubernatorial terms.

Stephens is starting his 33rd year on the bench.  (I remember him being on the bench when I was a driveby covering court cases around North Carolina in the mid-90s.  He was OLD then.)

Stephens tends to be very prosecution-friendly in criminal cases.  But, when it comes to, um, “politically-sensitive” matters, he is a 100% loyal soldier to the Jim Hunt political machine.

THIS is why judicial elections matter.  Even at the district and Superior Court levels.  Stop relying on your 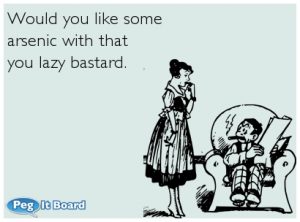 lawyer friends to tell you who to vote for.  Most of them are Democrats anyway.  They’ll tell you who is best for their party.  (Or their practice.)

If someone can point to a specific passage in the state constitution that invalidates these moves by the General Assembly, then I’m fine.  But it is a dangerous time in our state and country when guys and gals in black robes are comfortable with making law from the bench based on their personal beliefs and biases. And activists with agendas can simply shop around to find a judge who will parrot their beliefs from the bench.

The judicial branch is not about making law.  It’s about ensuring that the other branches don’t step out of line with what our founding documents specifically say.