Brendan Eich was run out of his slot as CEO of Mozilla — the group that produces Firefox — when the Gay Mafia learned he dared to donate $1000 to a campaign opposing gay marriage in his state.  Eich is back with a new startup — Brave Software — that is peddling the slick new Brave web browser: 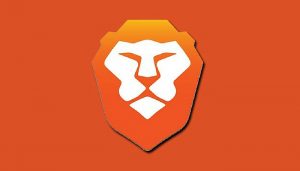 Brendan Eich is making a comeback.

He’s the creator of JavaScript and one of the founders of Mozilla, the organisation behind the Firefox browser, so he knows a thing or two about the web.

But in 2014, after being appointed CEO of the Mozilla Corporation, he found himself at the middle of a firestorm. Eich had donated to Proposition 8, a failed Californian ballot initiative that aimed to define marriage as between one man and one woman. When news of the donation became public, he was highly criticised, and ultimately resigned from the role.

Eich is now launching a new startup, called Brave, that aims to “fix” a problem with the modern internet — adverts.

Advertising is sick, Eich says. It’s intrusive, tracking users with “cookies, tracker pixels, fingerprinting, everything,” and slowing the internet down to boot — and as a result, users are increasingly turning to ad blocking software to eliminate them altogether.

Eich’s solution: A new web browser that blocks all adverts by default — and then replaces them with new ones.

Brave (the browser) is going to have adblocking software baked into it. This, Eich told Business Insider in an interview, will have two benefits: Privacy and speed. 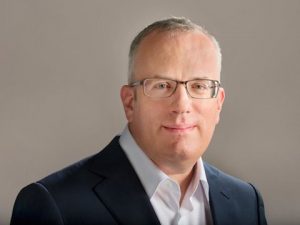 Next, speed. Ad tech and trackers can significantly slow down the time it takes to load pages. So by stripping out this extra junk, you can see impressive speed gains — two to four times faster, Eich claims.

He says that for another browser to match Brave’s speed “out of the box … you need to add [the plugins] Ghostery, Disconnect.me, Adblock Plus, [and] even then you have to tune them.”

“We need to clean the swimming pool,” Brendan Eich says. “Chlorinate the pool. Only by doing that can we build a better ad model for publishers as well as users.”

This is the more radical aspect of Brave — re-inserting new adverts. The browser will detect where adverts should go and fill them with new programmatic advertising. Eich says that by doing so, they can offer a better deal to publishers than currently exists by cutting out the adtech middle-men.

Publishers will get around 55% of revenues. 15% will go to Brave. 15% will go to the partner that supplies the ads. And, interestingly, 10-15% goes directly to the user.

It “won’t be huge,” Eich says, but this will let users automatically make micro-payments to publishers they like. Brave will then block all the adverts on the sites that they choose to pay for.

The adverts that Brave display will be based on tags generated from the user’s web browsing history (although this history won’t be shared with advertisers). This is, arguably, somewhat invasive — although users can customise their tags and add and remove them as they wish.

Brave will be available on all the major platforms — Windows and OS X on desktop, and Android and iOS on mobile […].

It’s based on Chromium, the open-source software behind Google’s Chrome browser, and will itself be open-source. Eich says he hopes organisations like rights group EFF will audit Brave’s code to bolster its privacy-centric credentials.

Brave has raised $2.5 million (£1.75 million) angel investment so far, though is continuing to seek more. Eich talks about a tipping point of around 7 million-plus users to show “the system works.” But even at 7 million, he doesn’t expect the ad revenue to “cover our costs.” Brave is “always fundraising until we get to that profitable state and we hope to get to there soon.”

“It’s going to be different this time” 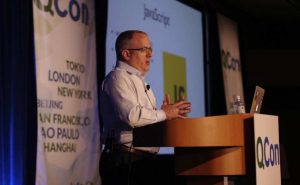 The backlash Brendan Eich faced after the news of his Proposition 8 donation was divisive. While some believe he was right to step down, others argue that protesters went too far. “This is McCarthyism applied by civil actors. This is the definition of intolerance,” Andrew Sullivan wrote. “It’s staggering to me that a minority long persecuted for holding unpopular views can now turn around and persecute others for the exact same reason. If we cannot live and work alongside people with whom we deeply disagree, we are finished as a liberal society.”

Eich isn’t keen to talk about it. I asked whether he was surprised by the intensity of the reaction; he said only that he was “looking forward to Brave,” and “not looking back at all.”

Is he worried that his political views could alienate potential users and partners? For better or worse, dating app OKCupid tried to organise a boycott of Firefox until he resigned back in 2014. “It’s going to be different this time, I don’t expect it to happen [again],” Eich says. He has “a lot of fellow employees of all backgrounds and beliefs.”

“Whatever your point of view, I don’t think it’s going to repeat … I welcome the chance to do something innovative.”

6 thoughts on “New web browser from a conservative”