It appears the leftist lynch mob has misfired in Moore County. 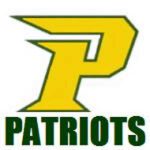 I saw that, shortly after I moved here about 15 years ago, and couldn’t believe it.  I developed some admiration for the local school officials for having the guts to stick with that.

Not long after, I learned that the auditorium is actually named for someone a lot more contemporary than the Civil War general.  Robert Lee was the superintendent of the county schools from 1959 to 1985.  He was in charge when the orders to desegregate schools got handed down, and many longtime locals say he did a good job of keeping things calm, cool and orderly during that period.

Fast forward to today — after the lunacy of Charlottesville and Durham.  Apparently, some low-info lefties decided to direct some heated inquiries at the school system about the auditorium name.  Surely, they thought this was going to be their chance to scream and riot before the CNN cameras.

(What do you want to bet that they still demand the name be changed because it triggers thoughts about the Confederacy?)

The school system had to put out a statement on Facebook and in local driveby media explaining that, NO, the auditorium is NOT named for the general.

It’s sort of sad and pathetic that sort of thing HAS to be done.

3 thoughts on “Not THAT Robert E. Lee”