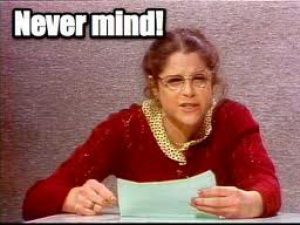 It was a battle over bathrooms that was threatening to shake us to our cultural and economic core.  The City of Charlotte, ever the lapdog to the Gay Mafia and its stormtroopers, decided to outlaw the idea of gender-segregated restrooms and locker rooms. The General Assembly and the governor, who happened to be a Charlotte resident, responded by reminding Charlotte that (1) they were in violation of the state constitution and (2) the state was prepared to come in with legislation to reverse their efforts.  (The state constitution says “local bills” must be submitted to the General Assembly for approval on local ordinance changes.)

Never mind the radical concept of fining someone out of business who tries to maintain gender-segregated locker rooms and bathrooms.  The real radical behavior – the Democrats and their accomplices in the faux media tried to us — was attempting to preserve gender-segregation.  HB2 didn’t really change anything. It basically said ‘We’re sticking with what we got.’

Outside groups came into the state and made a huge stink.  You would have thought we were fighting the second coming of Jim Crow.  People were painted as bigots for daring to support a bill that KEPT THINGS as they’ve been for generations.

Now that the smoke from the November elections has cleared, and a lazy bastard named Roy Cooper has stumbled into the governor’s office, we’re finding out that HB2 wasn’t such a big deal after all:

Governor-elect Roy Cooper issued a statement Monday, saying legislators plan to hold the session this week on the law known as HB2 because Charlotte repealed a local nondiscrimination ordinance that Republicans blamed for the statewide law.
The Charlotte City Council met Monday and voted unanimously to repeal the ordinance enacted in early 2016.

However, the council’s move is contingent on North Carolina legislators fully repealing HB2 by Dec. 31.

Council discussed and voted on the repeal without any public mention of it ahead of time.

Mayor Jennifer Roberts was clear that negotiations have been ongoing behind closed doors, involving incoming Cooper and state lawmakers.

“This is an incredible reaching out of the city and it took incredible conversation and hard work by many parties on all sides,” Roberts said.

The repeal would be a remarkable sign of cooperation for Democrat Cooper and the GOP-controlled legislature. Just last week, lawmakers called a special session and stripped Cooper of some of his authority when he takes office next month.

While city leaders didn’t have to repeal the ordinance in order for the general assembly to repeal HB2, some lawmakers said it paves the way for a repeal — but they wish a deadline wasn’t attached.

HB2 requires people to use restrooms in many public buildings corresponding to the sex on their birth certificates and excludes sexual orientation and gender identity from statewide anti-discrimination protections.
Cooper said North Carolina legislators will meet to repeal the law, and released the following statement on the vote:

“Senate Leader Phil Berger and House Speaker Tim Moore assured me that as a result of Charlotte’s vote, a special session will be called for Tuesday to repeal HB2 in full. I hope they will keep their word to me and with the help of Democrats in the legislature, HB2 will be repealed in full. Full repeal will help to bring jobs, sports and entertainment events back and will provide the opportunity for strong LGBT protections in our state.”

Let’s go back to the point about Charlotte’s initial move being unconstitutional.  Now, WHO is responsible for

dealing with actions that violate the state constitution?  Why, the elected attorney general.  If he refuses to do his job, as he has soooooo often,  the state has to shell out money to go to court itself.

So, Roy Cooper neglects one of the primary responsibilities of his job.  Gets caught lobbying businesses to avoid North Carolina because of HB2.  He spends nearly a whole year lying about HB2 to voters.  Now, the drive by media is ready to coronate him as a HERO.

So, what happens now — after HB2 is repealed — and, say, Carrboro tries something similar?  We have ANOTHER useless bastard in the attorney general’s office who likely ignores it.  And we’re right back into it.