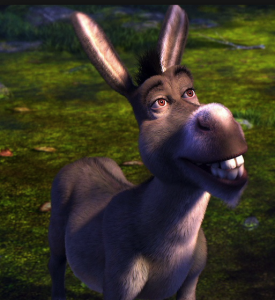 at the US DOJ during the Bush years.  He quit his post in early 2009 after Obama attorney general Eric Holder refused to prosecute The New Black Panther Party for intimidation at the polls in Philadelphia.

Writing in PJ Media, Adams says our new attorney general Josh Stein has some ‘splainin’ to do:

[…] North Carolina Attorney General Josh Stein (D) has been accused of committing serious ethical misconduct in a brief filed before the United States Supreme Court. Lawyers for the North Carolina Legislature have asked the Supreme Court to recognize their defense of election integrity laws such as voter ID laws and ignore Stein’s attempt to derail an appeal to preserve the laws. The pleadings to the Supreme Court accuse Attorney General Stein of severe ethical misconduct, misconduct for which many lawyers have been disbarred.

Lawyers are prohibited by ethical rules from acting as both a fact witness and an attorney of record in any case. The proper course for Stein was to recuse himself, not file a motion to dismiss a Supreme Court appeal to preserve voter ID […] 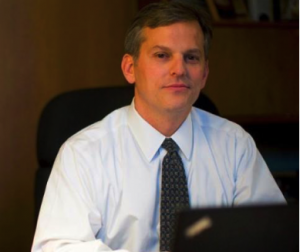 I know, I know.  It IS asking a lot of politicians and attorneys to behave in a truthful, ethical manner.  Though, you have to admit, it does take a pretty big pair of cojones to play on both teams in a court case.

Legislators in North Carolina have filed this pleading with the United States Supreme Court in the voter ID fight. It challenges the decision by Stein to sabotage the voter ID appeal. It states:

This motion is intended to ensure that North Carolina’s 2013 election reform laws—including a photo ID requirement—receive their due defense in this Court, notwithstanding North Carolina Attorney General Josh Stein’s unauthorized (and ethically questionable) effort to withdraw the State’s pending petition for certiorari.
After his inauguration in January, Stein filed a motion to outright dismiss the appeal of the Fourth Circuit Court of Appeals ruling striking down North Carolina’s voter ID law. Stein never consulted with his client — the legislature — before filing the motion to dismiss. The legislature had also retained a private firm to defend the voter ID law and Stein’s motion to dismiss the appeal involved a notice to that firm that they could no longer represent the legislature.

Stein’s conduct would effectively terminate an election-integrity package designed to fight proven voter fraud in the state. For example, lax same-day registration had allowed scores of illegal votes to such a degree that at least one election had to be done a second time. 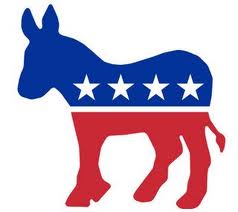 “We need to make it easier for people to exercise their right to vote, not harder, and I will not continue to waste time and money appealing this unconstitutional law,” Democrat Governor Roy Cooper said in a statement announcing Stein’s motion. “It’s time for North Carolina to stop fighting for this unfair, unconstitutional law and work instead to improve equal access for voters.”

Once again, we have a lawyer — paid by us and allegedly charged with representing us — ignoring our wishes.  And why not?  The last guy who tried that got promoted to governor.

[…] Most troubling, the legislature’s request to the Supreme Court notes that Stein was a fact witness in the very same case when he was a sitting state senator. Stein testified as a fact witness for the plaintiffs attacking voter ID and election-integrity laws.

Lawyers cannot represent clients in cases where they also serve as a fact witness at a trial.

North Carolina rules of professional responsibility govern lawyer ethics. A lawyer may be disbarred for violating them, as long as a complaint is filed against them.

The brief filed to the United States Supreme Court has a long list of professional ethics rules Stein has violated.

The United States Supreme Court has the authority to discipline lawyers who engage in ethical misconduct. So does the North Carolina State Bar. Any member of the public can file an ethical complaint against Stein. The website states: 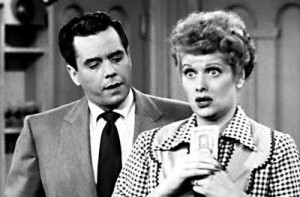 The North Carolina State Bar makes this form available to the public to start the process.

The North Carolina rules of professional conduct even require lawyers to report other lawyers who may have committed ethical misconduct. Rule 8.3 states:

A lawyer who knows that another lawyer has committed a violation of the Rules of Professional Conduct that raises a substantial question as to that lawyer’s honesty, trustworthiness or fitness as a lawyer in other respects, shall inform the North Carolina State Bar or the court having jurisdiction over the matter.

One of the worst ethical violations a lawyer can commit is to file a pleading contrary to a client’s interests without consulting the client at all. That’s exactly what the legislature says in the filing to the United States Supreme Court that Attorney General Stein did. Imagine if you had a case and your lawyer entered a settlement and dismissal giving the other side everything they wanted, and never told you.

The request by the North Carolina Legislature says that Stein never consulted them, the client, before filing the dismissal motion and trying to kill off the appeal. 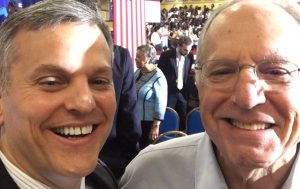 That’s what the legislature says Attorney General Stein did.

Stein also made a side deal with plaintiffs in the case, such as the NAACP, that they would forgo up to $12 million in legal fees if the case were dropped.

Did I mention that Stein’s trial lawyer father Adam was one of the lawyers who originally brought the court attacks on election-integrity laws?

2 thoughts on “#ncpol: Pin the grievance on the donk — um, jackass.”