The House is a lost cause.  The ruling cartel in that chamber circles the wagons and protects each other.  I’ve long seen 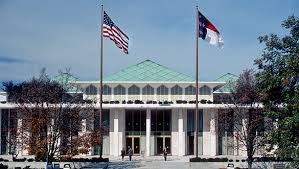 the Senate as the last best hope for conservatism and good government. Though, some recent revelations have me rethinking that.

[…] John Strong, special agent in charge of the FBI in North Carolina, added in the statement released by federal prosecutors: “Senator Fl

etcher Hartsell degraded our country’s democratic process by spending campaign money as if it were from his own personal piggy bank. Hartsell paid for basic expenses including haircuts and lawn care with money that belonged to the American people. The FBI will work tirelessly to ensure any elected official who abuses their power is held accountable for their wrongdoing.”[…]

According to the legislature’s web site, Hartsell was still a voting member-in-good-standing of the Senate as of December 21, 2016.   So, “abuse of power” and a federal indictment are not enough to get your voting privileges suspended in the Senate or your chairmanships revoked?  Former House Speaker Joe Hackney ran one of his own Democrats out of the House post-haste for spending a few thousand in campaign dollars on clothes.  Meanwhile, a federal indictment is apparently NO BIG DEAL to Senate leadership.

So, a federal agency found that Jackson struggled to adhere to basic regulations governing farming.  Yet he’s STILL chairman of the Joint Legislative Oversight Committee on Agriculture and Natural and Economic Resources?