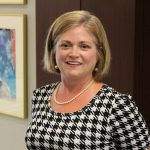 This seat in the Charlotte area has had a long Republican tradition.  John Rhodes. Thom Tilli$$$.  And now John Bradford.

However, the most recent campaign finance reports show challenger Christy Clark (D) is quite competitive on the fundraising front.  For the first quarter of 2018, Clark reported raisin