[…] House Bill 184 (First Edition) creates a study committee to recommend a design for the State Health Plan (Plan) and submit its final report no later than April 1, 2020. The bill also requires the Plan to continue to use the Blue Cross Blue Shield of North Carolina Blue Options provider network and to reimburse participating network providers in accordance with 100% of the applicable fee schedule through December 31, 2021. This requirement does not apply to the Medicare Advantage plans.

The State Treasurer has announced his intention to move the Plan to a reference-based pricing approach effective January 2020 that would tie most medical provider prices to a multiple of the prices set by Medicare for the same services.

The Segal Company, the actuary for the Plan, and Hartman & Associates, the actuary for the General Assembly, estimate that the bill will increase the Plan’s claims expenses by the following amounts by preventing the reference-based pricing approach until at least 2022:

Both actuaries relied on the Plan’s estimated claims savings and did not attempt to duplicate the savings calculation. Both actuaries’ estimates reflect the adjustment in the proposed rates announced on March 13, 2019 to an average of 182% of Medicare prices. 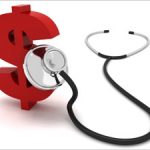 And THIS is a legislative move being spearheaded by the alleged party of fiscal conservatism.