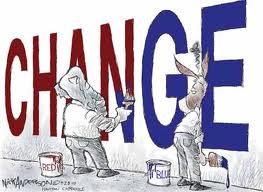 Saddled with two sorry candidates at the top of the 2012 ticket, and an even sorrier record, The North Carolina Democrat Party is going full-bore negative on presumed GOP nominee for governor Pat McCrory.  Anything to change the subject — to distract the voters.

The Democrats teased us with a Youtube video promoting the January 3 launch of www.teammcrory.com .  So, when the big day rolled around, I browsed over to take a look at what those evil geniuses have  come up with.

Well, most of the site is filled with the usual “Art-Pope-is-Satan, black helicopter, grassy knoll and magic bullet” nonsense you already get from a bunch of leftist web sites.  Yet, there was ONE interesting nugget that requires, in my honest opinion, some clarification, or rebuttal, or explanation from Team Pat:

Team McCrory has assisted Pat McCrory in finding a way to spend nearly all his time on politics and  campaigning, while making a substantial  personal income- and he does it all behind a shroud of secrecy.

“We don’t want to hold him back. We all understand that as he decides what he wants to do with his future, that’s just part of the deal.”

Quote from Ernie Reigelof Moore Van Allen on the value of having Pat McCrory on the payroll. Emphasis added.

Pat McCrory goes to great lengths to pretend that he is not yet running for Governor, though it is clear to everyone that he is in fact already running and has been since the last election ended.

But stopping short of a full announcement certainly has its advantages for Pat and the rest of Team McCrory.

He can take payments from a variety of sources, disclose nothing, and dodge questions about his financial dealings from pesky reporters.

And as the quote above from the Chairman of Moore Van Alen clearly demonstrates, some of those currently paying the tab for McCrory to spend all his time campaigning consider his potential to be governor part of the benefit he brings to their business relationships.

McCrory can continue to take payments from Moore Van Allen for allowing them to use his reputation while making absolutely no disclosures about his compensation, his clients or the issues he works on. McCrory officially works Moore Van Allen as a “public policy consultant,” which means he is being paid to talk with corporate donors about what he will do for them as governor & as a “non-candidate,” Moore Van Allen pays Pat McCrory even as he asks clients for donations!

While his total earnings are much larger, McCrory has already made tens of thousands of dollars in direct payments and stock options for serving on corporate boards for companies like Tree.com and Kewaunee Scientific–cashing in on political and personal relationships he formed while in public office.

For example, McCrory’s cozy ties are extremely beneficial to him when dealing with companies like Tree.com. They pay him a minimum of $50,000 per year and awarded him another $50,000 in stock options. And they even waived conflict of interest provisions for McCrory allowing one of his other employers, Moore Van Allen, to provide legal and consulting services to the company. […]

Hmm.  Getting paid by this law firm when he is NOT an attorney or a registered lobbyist? Getting paid to sit on corporate boards of clients represented by the law firm he works for?