Well, primary season is mercifully coming to an end. It sounds 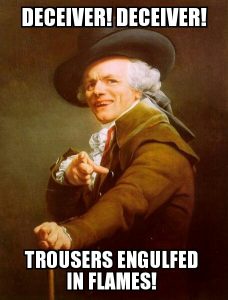 like somebody is trying to dig himself out of a big ol’ hole:

[…Scott] Dacey, a federal lobbyist for Native American tribes, has received more than $41,000 from tribal and gambling-related donors, according to the Center for Responsive Politics. That total ranks him 15th in the country among all House candidates. Dacey worked for the National Indian Gaming Commission in the late 1990s.

The Jones campaign has tried to portray him as “DC Dacey,” for his ties to Washington, and played up his connections to the gambling industry. Dacey said he doesn’t work for casinos and that only a small part of his work for the tribes is gaming-related.[…]

[…]While several topics were discussed at the National Indian Gaming Association’s (NIGA) mid-year conference, Internet gaming was at the top 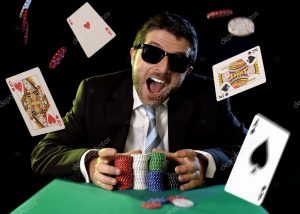 Panelist Scott Dacey, a lobbyist at  Pace Capstone, said he has a difficult time reconciling Internet gaming as something the tribes could live with. “In a real world environment, we would never think of allowing a nontribal casino to prop up its new building just across the street from your established gaming facility. In this instance, we’re being asked to consider having gambling not just across the street, but everywhere around you,” Dacey said. “You have to ask, what’s that going to do to your bottom line?”

Dacey gave an overview of the commercial gaming interests and the powerful entities they have hired to help pass legislation that largely benefits them. “Indian country has to watch out because …none of these folks have any true concern for tribal sovereignty; what they have true concern for is making sure their side winsm [sic],” Dacey said.[…]

Dacey’s firm is identified nationally as a “casino vendor.”  OpenSecrets, a

respected government transparency website, documents a comprehensive list of Dacey clients through this year.  The list consists of TEN Indian tribes who all seem to have gambling interests. Dacey’s expenditures on behalf of those clients are all classified by the site as “casino / gambling”.

Here’s a story where Dacey lobbied the Clinton administration to block a GOP-friendly tribe’s application to open a casino.  (Their deal would have apparently threatened his own clients’ existing casino and gambling operations.)

Here’s another story where a casino-owning Indian tribe represented by Dacey sent $100K to the Republican National Committee in the early months of the George W. Bush administration while seeking a private sit-down with the new Interior Secretary. Who happens to oversee Indian gambling

interests. (They got their meeting.)

And here is another story about Dacey lobbying Clinton’s Interior Department, on behalf of one of his casino-owning Indian clients, to kill a casino deal for another Indian tribe.