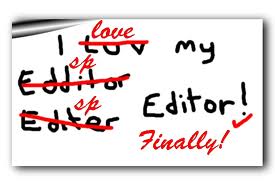 For the second time this week, I’ve come across a MSM headline that indicates there might be some real confusion in newsrooms about this whole singular and plural thing.  Earlier this week, we got stories about “Civil Rights Leaders” getting upset about the Confederate flag hanging inside the Old Capitol building in Raleigh.  Though, the only critic quoted in said stories is William “Two Tons of Fun” Barber.  (I know.  They MAY have a point.  You could argue that Barber can be counted as more than one person.)

In the latter part of the week, McClatchy featured a headline about Gov. Pat appointing “fundraisers” to the state DOT board.  Though, if you read into the story, we’re only talking about ONE fundraiser.

What could be the problem here?  is there a widespread grammar #FAIL going on within the mainstream media’s newsrooms? Or is this merely an attempt to fool low information voters — who may only read the headlines — into thinking  opposition to GOP officials and their decisions is more widespread than it really is?