Well,  the NCGOP now has no representation on the state Board of Elections.  Both Republican appointees to the board have resigned.   And here we are,  a little over a month before a big election.  Let’s see what the GOPers had to say:

Effectively immediately, I hereby submit my resignation to the North Carolina State Board of Elections.

It has been a great honor for me to serve the people of North Carolina on the board, however I cannot, in good conscious, continue for the following reasons:

Regarding the settlement agreement with the plaintiffs in the lawsuit filed by the North Carolina Alliance for Retired Americans against the State Board of Elections, attorneys from AG Josh Stein’s office did not advise us of the fact that a lot of the concessions made in the settlement have already been denied in a prior case by a federal judge and another case by a state court three-judge panel.

Secondly, we were led to believe that refusal to make a deal that included the extension of mail- in absentee ballots, past the legal acceptance date, would also result in the elimination of the one- witness requirement for residents voting absentee by mail.

To preserve the trust of the voters, I acted to keep the one-witness requirement and mitigate the possibility the election being disrupted by a judicial order by compromising on the acceptance date of absentee ballots.

It is impossible to have true bipartisanship when both sides of the political aisle do not have the important and vital information needed to make the right decisions. 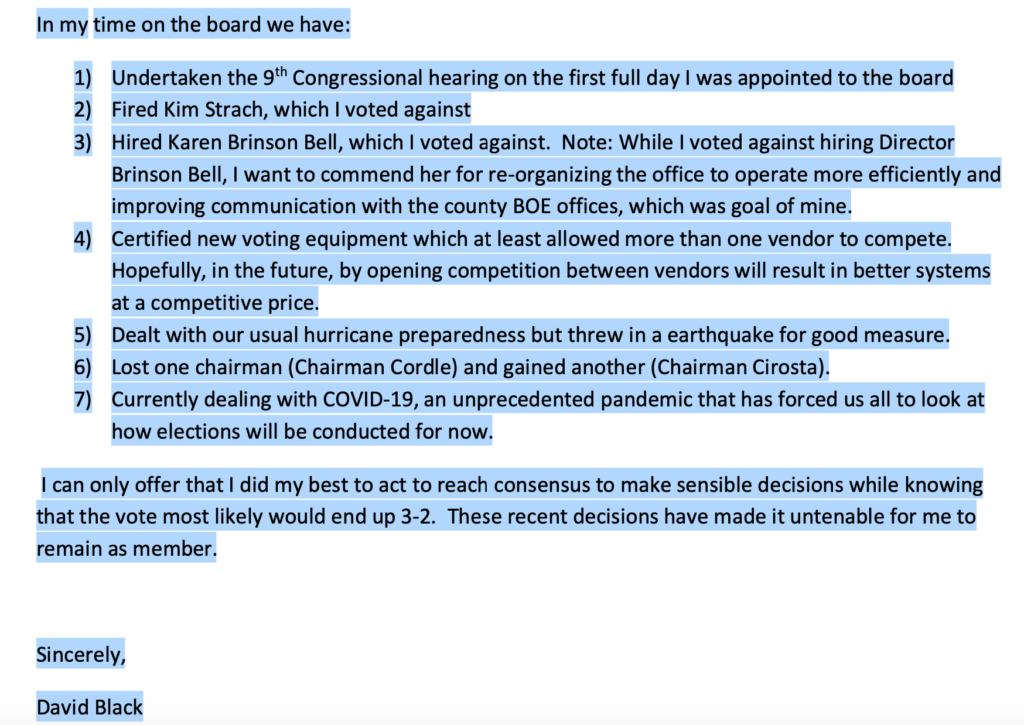 One thought on “Monkey Business Report: The Tale of The Resignation Letters”