They hated his guts while he was governor.  But ol’ Pat sure is giving the lefties what they need these days.

Exhibit 1:  McCrory has teamed up with the other living former governors (Hunt, Easley, Perdue, Martin) to publicly campaign AGAINST two of the constitutional amendments being promoted by General Assembly Republicans.

Exhibit 2:   McCrory was on Meet The Press this morning describing the state’s congressional districts as “gerrymandered.” He also confessed that he’s worried about a “blue wave.”

[…] CHUCK TODD: Back now with end game. David Wasserman, who covers the House for our friends over at the Cook Political Report put out a tweet on Thursday after that disappointing performance for the G.O.P. and Troy Balderson in that red Ohio district. And his tweet says this, 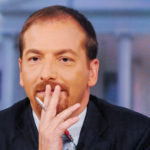 “Republicans, watch out.” And he tweeted, “Signs you’re in danger of a wave. Number one, your voters aren’t turning out. Check. Number two, your incumbents are getting out-raised. That’s happening, check. Number three, the other party has candidates in virtually all 435 districts. Check. And you keep waiting for things to get better, and they don’t. Check.”And guess what, things only got worse this week when Congressman Chris Collins of New York was indicted on charges related to securities fraud. Collins, after saying he was going to fight on, suddenly decided yesterday to suspend his campaign even though it may be impossible for Republicans to physically replace his name on the ballot at this late stage. They’re trying to figure that out. Governor McCrory, do you see a wave coming against your side?

FMR. GOV. PAT MCCRORY: I’m very concerned. In North Carolina, we have two competitive congressional races, all the rest are gerrymandered where there are no competitive races after the primary. But in the two competitive races, the Democrats that are running have no track record whatsoever. They do not talk about any Democratic policies, they take no stands on anything. And they’re raising a ton of money.[…]

Couple McCrory’s words with those of state Rep. David Lewis and you’ve got TWO NCGOPe players as potential star witnesses in the left’s efforts to throw out our congressional districts.

13 thoughts on “McCrory putting the shiv to Raleigh Republicans”