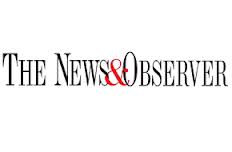 Rob Christensen — a/k/a “Mr Politics” or simply “McClatchy Rob” — offered his readers this weekend a history lesson that would move ANY common core-loving educrat to tears of joy:

[…] To be a great political figure of the age, in my view, you have to help turn the tide of history and inspire generations of people around the world. In Mandela, Churchill and Gandhi you have three fighters for freedom: against Nazism and communism, against colonialism and against institutionalized racism. And, of course, they fought for their countries. […]

Hmmm. What about Billy Graham?  He is credited with preaching in front of more people — in live audiences — than ANYONE in history.  He’s brought diverse and disparate denominations together for mission and evangelical work around the globe.  Graham has been a spiritual advisor to political leaders around the globe. He’s helped bring the message of Christianity to corners of the world that hadn’t seen much of it.  Graham and his missions have brought, on numerous occasions, aid to people around the world desperately in need of help

What about two renowned Poles — Lech Walesa and Pope John Paul II?   John Paul II was credited by former Soviet leaders with being the major influence on the collapse of their stranglehold on Eastern Europe.  That’s why they tried to kill him.  The Pope provided the spiritual motivation in the fight against communism, while Walesa — head of the Solidarity movement — led the fight in the streets against Marxist tyranny.  Walesa was the first president of free post-Cold War Poland and got the ball rolling toward democratic, capitalist reforms.

Margaret Thatcher?  She was the first elected female head-of-state for one of the world’s great powers.  Her economic policies helped rejuvenate Britain’s economy and help it re-emerge as an economic force in Europe and the world.  She joined with Ronald Reagan in standing firm against tyranny — communist and otherwise –around the world.

Ol’ Rob DID get around to admitting that there might be SOME Americans worthy of being named great political figures:

There are no Americans on my list. Nor are there any of the modern butchers – such as Hitler, Lenin or Stalin – although they will be remembered by history just as Attila the Hun is recalled.

But a list of modern American political figures who will have a prominent place in American history books 500 years from now – as opposed to just a mention – might include Franklin Roosevelt, Martin Luther King Jr. and Ronald Reagan.

Roosevelt helped save capitalism by rounding off its rougher edges with social programs. He also played a critical role in recognizing the danger of the Nazi tide earlier than most Americans, and he showed foresight in going ahead with the uncertain atom bomb project.

Save capitalism?  Hoover got the big government ball rolling.  FDR took over and kept it rolling — leading to the debt-choked out of control bureaucratic mess currently throttling the life out of our economy and threatening the existence of our great nation.  He OKed the internment of Japanese-Americans just because they were of the same race as the people who bombed us in Pearl Harbor. (So, it’s probably quite politically incorrect to be mentioning FDR in a ‘racism-is-bad’ Mandela tribute.)  As far as the whole Nazi thing goes — Hitler declared war on US.

Reagan helped save the welfare state by keeping it from becoming overgrown. Reagan played some role in encouraging the fall of communism, which finally collapsed under his successor George H. Bush for multiple reasons.

Really?  When Reagan took over, our country was beaten down from the big government largesse and overreach of the Johnson, Nixon and Carter years. Reagan’s 1981 tax cuts beat down the old liberal saw that tax cuts cannot possibly create economic growth.  During the Johnson-Nixon-Carter years, the Soviets ran rough-shod over the world, completely disrespecting America.  Iran held our embassy staff hostage.  Those hostages were released as Reagan was sworn in.  Reagan talked tough to the Soviets and made them slow down and rethink the situation.  Reagan restored our national morale.  His tax cut agenda gave our national economy a desperately-needed boost.  His tough-on-terrorism and tyranny foreign policy engendered a new respect for freedom and the American way of life world-wide.  Some role  in encouraging the fall of communism? *Ha.*

King has become the voice of one of America’s great social revolutions. A century from now, King may get more ink in American history textbooks than either Roosevelt or Reagan. King, like Mandela, was a student of Gandhi.

Sadly, Rob is right here.  Current and future school children are more likely to know about MLK than any of the Pilgrims,the Jamestown settlers, the Founding Fathers, or the verbiage contained in The Declaration of Independence or The Constitution.