There’s been a lot of hubbub about the US Senate Republican takedown of Elizabeth Warren the other night for her smear of Jeff Sessions.  A friend and fellow Jesse Helms alumnus sent me the following — reminding us of Massachusetts’s long and proud tradition of sending screaming maniacal leftist blowhards, who refuse to learn or follow the rules, to the US Senate: 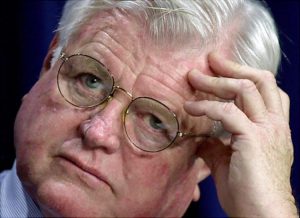 yield myself such time as I may use. Mr. President, I will respond to the

points made by the Senator from

North Carolina. First of all, the suggestion

by the Senator from North

The PRESIDING OFFICER. Will

the Senator yield for a point of order?

Mr. KENNEDY. I do not yield the

Mr. President, I have in my hand 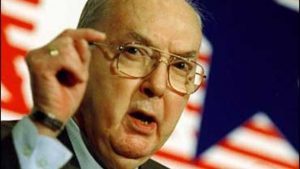 the sets of hearings held jointly by the

Senate Judiciary Committee and the

21, 1979. These joint hearings were held on the issue of establishing a national holiday to honor Martin Luther

of order is called for. Under rule XIX no Senator during debate shall directly

or indirectly by any form of words

impute to another Senator or to other

Senators any conduct or motive unworthy or unbecoming a Senator.

statement of the Senator from North

Carolina is inaccurate. I do not impute

any motive to the Senator. I simply

say that his statement is inaccurate

and false. If the Chair wants to make a ruling, I have the hearings right

here in my hand.

the hearings, the Chair is prepared to

The PRESIDING OFFICER. Under

rule XIX when a Senator is called to

order he shall take a seat and may not

proceed without leave of the Senate

which if granted shall be upon motion

that he be allowed to proceed in order,

which motion shall be determined

The PRESIDING OFFICER. Is

there a motion to that effect? 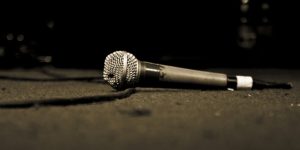 these hearings were held with–

The PRESIDING OFFICER. The

Mr. HELMS. The Senator needs to