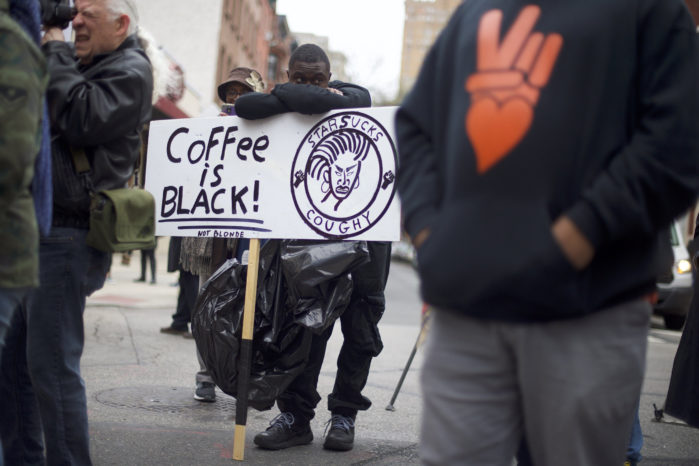 (*Sigh*)  MY esteemed alma mater has made national news AGAIN:

In other words, woke groups on campus aren’t woke enough for the wokest of the woke.

The school’s “Students Against Imperialism” unveiled a letter Thursday airing grievances that too many white students serve at the helm of the university’s left-wing organizations on campus.[…]

Oh, if President Washington were alive to see the mess that bears his name today.  (I am willing to bet that ‘Students Against Imperialism’ has a larger membership at GW than the College Republicans.)

[…]“As students of color within the GW Left, we have felt consistently excluded from several organizing spaces and actions,” the group wrote. “If has unfortunately become a norm to have white students put themselves at the forefront of student organizations deriving from political issues that impact Black and Brown people the most.”

Specifically, the group is asking all left-leaning organizations to “prioritize people of color in these organizations through leadership positions and visibility on projects,” demanding each to “respond with a statement outlining the steps they will be taking.”

The pro-Palestinian group’s appeal for affirmative action drew the support of the university’s student body president, declaring support for the measures in a Facebook post, while criticizing university liberals for being too white.

“GW has a passionate and active community of leftists that is too often dominated by white students,” wrote Howard Brookins III. “When deciding which struggles to emphasize, often the ones that focus the most on the experiences of people of color are excluded. I stand with the students and their demands made by the GW Left Coalition and call on the GW community to do better.”

With too many white people serving in leadership roles with left-wing oranizations on campus, the “Students Against Imperialism” charge the school’s liberal activist groups of being rivals in their pro-Palestinian efforts. Liberal groups on campus, the students wrote, are tolerating “blatant apartheid apologism and therefore cannot be considered allies in the struggle for Palestinian rights.”

These people  make the Chapel Hill-Carrboro bunch look absolutely sane.    And you wonder why I told the alumni association to put my name on a ‘do not call’ list.

One thought on “Leftists turn on each other, eat their own”