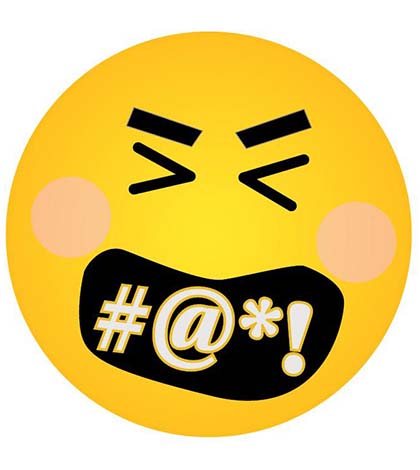 The Marxists who now control Capitol Hill (both chambers, by a whisker) are trying to impeach ex-president Trump for “inciting violence” on January 6.  The major social media companies quickly banned Donald Trump WHILE he was still president, and began suspending the accounts of a lot of users who dared to post conservative-sounding comments.

Meanwhile, look at what actress,  Democrat activist, big donor, and Hollywood actress Debra Messing has had to say:

Awwwwwwwww — isn’t that *sweet*?   After saying THAT, she’s not been suspended or banned.  (The only show she’s been on — that anybody has heard of — has been cancelled.  And SOME of the latest pics of her suggest she’s had one too many close encounters with the proverbial ‘ugly stick.’   Personally,  I think she’s jealous of The Don.) 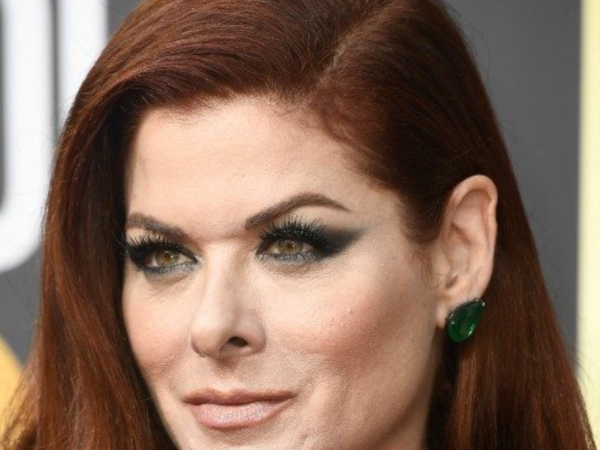 Another Hollywood crone — one I have never heard of — has put  her violent fantasies about Senator Rand Paul into print: 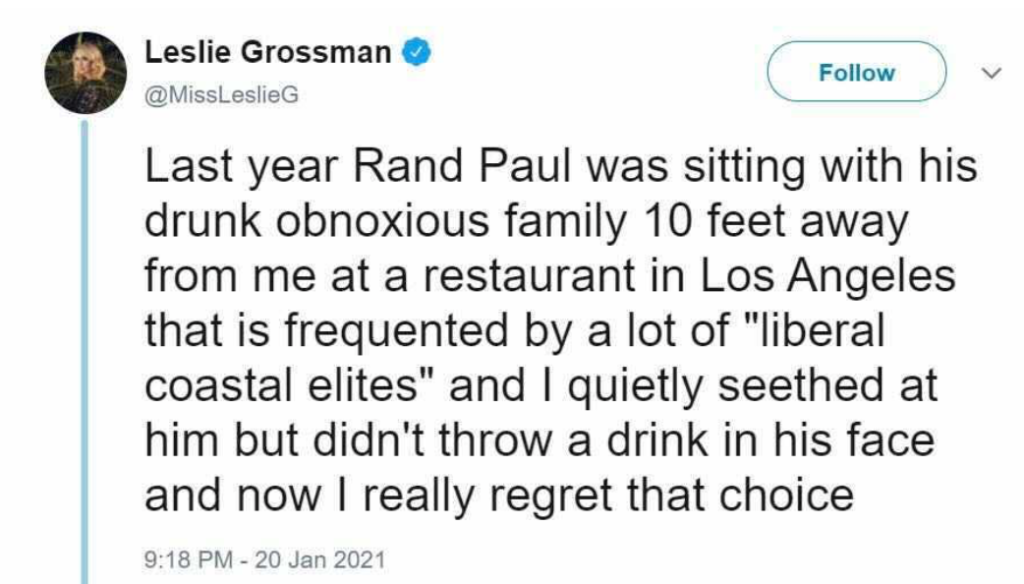 This battle-axe isn’t banned EITHER.   These are just two examples exposing the arguments by Twitter and Facebook that they are not targeting or purging  conservatives, but are merely trying to clean up the tone of conversation.

It’s funny.  She’s apparently starring in something called ‘American Horror Story.’  I bet she landed the role because she didn’t require much makeup.

Some interesting alternatives to Facebook and Twitter have already emerged.  There is Parler — which was banned from the Apple and Google store and pulled off the Internet by Amazon.  Fortunately,  they  appear to have found a new host and will be back online shortly.

MeWe is also an interesting alternative.  The Haymaker has a page there — which you can access via a link on the right side of this page.