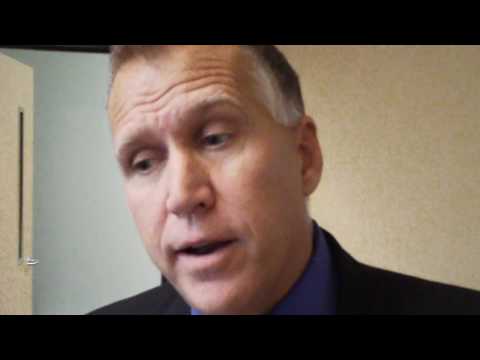 Not so fast, Thom.

The mission to get rid of at least one of the two monkeys on Thom Tillis’s back has hit a bump in the road.

Initially, embattled Republican legislator Stephen LaRoque of Kinston  had conceded his  primary race Tuesday and had foregone the option of a recount.

It appears now that l’affaire LaRoque is entering a new chapter entitled Le Recount.  Tuesday evening, after all the votes were counted, the embattled House Rules Committee chairman and Tillis ally was 54 votes short — well within the range the law allows for a recount.

The Raleigh ruling class had breathed a collective  sigh of relief.  LaRoque was facing an ethics inquiry, as well as a federal probe.  A primary loss would take him out of the papers and removed him as a political liability for Tom-with-an-H, who has visions of gracing the halls of  The U.S. Senate.

The recount keeps LaRoque in the headlines a little longer, and may result in the incumbent being renominated for the November general election.

Tillis is already bracing for an ethics inquiry to the sex-and-lobbyists revelations within his office.  That’s been messy and looks to get messier.  The controversial Kinston Republican  campaigning for reelection in November, and possibly returning to Raleigh for another two years, is not something Team Thom wants to deal with at this time.

It would have been interesting to have been a fly on the wall when the discussions about seeking a recount after all took place.  (Maybe a fly —or a mole — will come forward and tell us all about it.)

Of course, the recount may not change the May 8 results.  LaRoque — like Friday The 13th’s Jason Voorhees — ain’t dead yet.