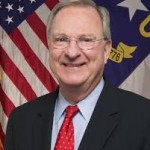 We posted previously about state revenue secretary Lyons Gray serving on the national board of an environmental group currently suing the state of North Carolina. It’s a wee bit awkward, you might say, for a state cabinet secretary to be a leader in a group that is suing the same state government that cabinet secretary is also serving.

[…] McCrory said some members of the boards of both Defenders of Wildlife and the National Wildlife Refuge Association did not know their groups were parties to the lawsuit that a federal judge dismissed in September.

State Secretary of Revenue Lyons Gray, appointed by McCrory after his election in Nov. 2012, is a member of the board of directors of Defenders of Wildlife.

“He was not aware they were a plaintiff and he is going to try to get them to change their mind,” McCrory said. “If he can’t, he will resign from that board.” […]

[…] “Anyone that is trying to hold up this bridge is doing harm to public safety, boaters, our economy, and I think long-term harm to our environment,” McCrory said. 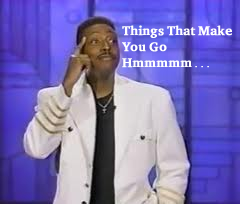 Lyons Gray, appointed by McCrory to serve as state Secretary of Revenue, remains on the board of directors of Defenders of Wildlife as the North Carolina representative.

In December, McCrory said at a news conference when the Bonner Bridge was closed to traffic because of erosion around a set of pilings that he would ask Gray to resign his position on the board of the group that is a plaintiff in the bridge lawsuit.

But Thursday, McCrory said he would rather keep him “on the inside” of the board at Defenders of Wildlife so the state could “stay ahead of the game”. […]

O-kay.  We checked The Defenders of Wildlife web site TODAY.  Gray’s name is missing from the board of directors roster.  We could not find any kind of information explaining the absence of Gray’s name.  Did Gray’s term expire? Did he resign?  If he did resign, why? McCrory told us he wanted to keep Gray “on the inside.”

One thought on “IN or OUT? : The curious case of Lyons Gray”