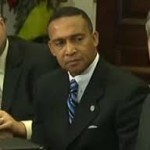 I’ve detected a bit of smugness on the part of establishment Republicans in the wake of Charlotte mayor Patrick Cannon’s arrest by the FBI on corruption charges.  NCGOP was quick to hop on the anti-Cannon bandwagon.

If you read the complaint filed against Cannon by federal authorities, he was an unexpected BONUS catch.  The feds were looking into other Charlotte area targets when Cannon walked into their sights.  The federal complaint details how Cannon bragged about his ties to The White House, as well as Charlotte pols like Gov. Pat McCrory and state senator Bob Rucho. Who were the feds probing when they stumbled onto Cannon?  Are they still looking at those folks?

Media reports have identified Gov. McCrory’s brother as a “mentor” to Cannon. One media report indicated that the governor himself taught Cannon how to swim when he was 13 years old. 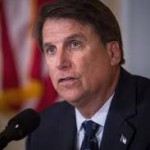 There’s nothing good about this story.  You’ve got crooks in both parties.  (Michael Decker, anyone?) We get a lot of heat — questions about our conservatism, Christianity, and patriotism — for daring to question the ethics of Republican leaders.  The Cannon story is an excellent lesson about how the political world corrupts good people and provides plenty of temptations. It also demonstrates how the scope of government’s involvement in every aspect of life creates opportunities for corrupt activities and influence peddling to take place.

Instead of trying to gain partisan advantage from this episode, we should all make sure we learn and heed some valuable lessons from the rise and fall of Patrick Cannon.

10 thoughts on “Hold the giggling re: Cannon bust. Sounds like this story is not finished.”