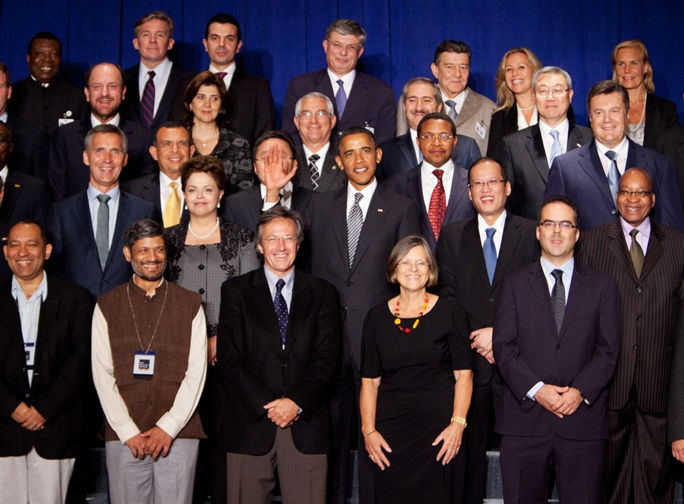 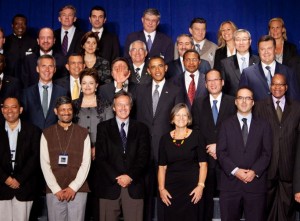 OK.  This screams “photoshop.”  MSNBC — the chief stenographers for BarryO — posted this photo without commenting on its bizarre nature.  (Some of the commenters on their web site spoke up.)

Some sites expressed suspicion, believing they were being “punked” with a  bogus photograph.    But an investigation turned up with this photo bearing the photographer’s watermark — confirming its authenticity.

Leftists, of course, are yawning — asking “What’s the big deal?” (What would they be saying if — say Dan Quayle, W, or Sarah Palin did something like this during  a dignified official event?)