The crowd and the Sandhills players stood, removed hats and appeared to show proper respect to the flag and the anthem.  I glanced over at the Central Carolina bench and saw the players and the coach standing shoulder to shoulder interlocking their arms. 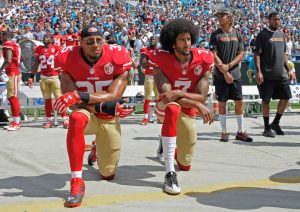 The first thing I thought about?  The Colin Kaepernick-inspired protests of the national anthem during NFL games.  You had players kneeling instead of standing at attention.  President Trump, and most fans, attacked those gestures as disrespectful and less than patriotic.   The kneeling transformed into standing shoulder to shoulder, interlocking arms.

I want to give the guys from Central Carolina the benefit of the doubt.  Perhaps there was some other sort of meaning to their display. 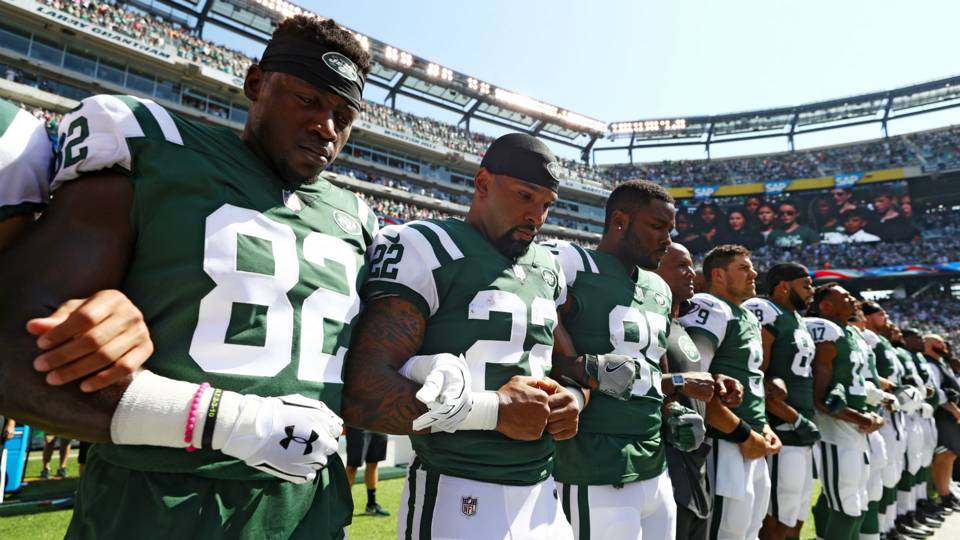 But if it was exactly what I  thought it was, you’d have to wonder what exactly is being  taught in our public schools and on that Sanford community college campus.  I learned early on that you remove all hats, helmets and other headgear, stand at attention, and put your hand over your heart when saying The Pledge of Allegiance or hearing / singing The National Anthem.

I’ve got a call in to the school to see if they can shed some light on  (1) what the display during the anthem was all about, and (2) whether it is / was endorsed by the college.