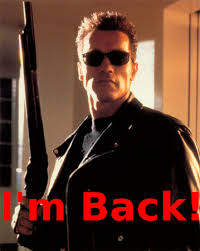 Last Saturday night I had a rather unplanned visit to the emergency room.  That resulted in a hospital stay  and TWO surgeries over the last five days.  I’ve been resting comfortably since that point.  The well wishes and prayers so many of you offered up have been greatly appreciated.

It’s been rather amusing to see the speculation across cyberspace about the slowdown in activity on this site.  Some people suggested I had gone Galt.  Some have suggested that I got scared off.  (Talk about ridiculous.)

While I’ve been down and out, I caught the first episode of the miniseries “Sons of Liberty” on the

History Channel.  It’s about the crew who got the whole American Revolution thing going.  So far, it looks like a fine piece of television.  If you missed it on TV, you can catch the stream on the History Channel’s web site. 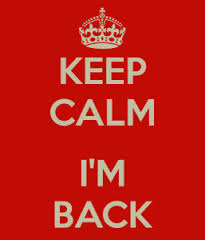 Things have been slow.  We will be climbing back into the saddle slowly but surely during this recovery period, but we will eventually be back to full speed.

Some of the haters out there need to refresh themselves on the concept of ”the quiet before the storm.”  Enjoy the break while it’s here.  Because pure hell is just right around the corner.

13 thoughts on “Guess who’s back. Back again. Mr. Clifton’s back. Tell a friend.”