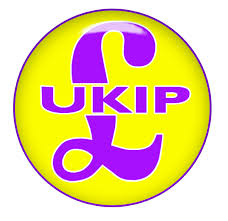 In 1776, we showed the British a few things about the concept of revolution against a tyrannical government.  In 2014, American Tea Partiers could learn a few things from the growing number of successes of the UK Independent Party (UKIP).

The UKIP is making international headlines for its growing number of successes against the country’s dominant Conservative and Labour parties.

What is this party all about?  Getting Britain out of the European Union and returning decision-making authority to the national government in London and local councils.  Protecting the national borders from illegal immigrants. Cutting taxes and abolishing expensive government mandates. Cutting foreign aid.  Teaching national pride in the schools, and rejecting politically-correct speech codes. Reforming social services to benefit legal residents who truly are in need. Letting supply and demand have more impact on the health care industry.  They are also into abolishing toll roads in the UK.   (There is also some rhetoric on their site about there being little difference between the UK’s two major parties. Wow.)

UKIP leaders are getting the same kind of crap from the Ruling Class and radical left that American Tea Partiers are getting.  They’re getting attacked as racist — as Nazis.  Never mind the abundant supply of non-white spokespeople touting the UKIP platform. This party spends a lot more time talking about personal and economic freedom, as well as national pride, than they do about silly things like race.

It appears UKIP appears to have succeeded thanks to (1) education and organization of the frustrated masses, and (2) things getting so bad that even low-information voters have recognized it.

8 thoughts on “Frustrated Tea Partier? Look across the pond to the UKIP for inspiration.”