That’s what this piece from Education First appears to have uncovered:

[…] Healthcare in America is big business, especially for clinics that offer gender reassignment services. That fact was confirmed last week when journalist Matt Walsh unearthed videos of a doctor boasting about hospitals profiteering from sex-change surgery.

Vanderbilt University Medical Center assistant professor Dr. Shane Taylor explained: “these surgeries make a lot of money” and charged “female to male chest reconstruction” at $40,000, while a patient “just on routine hormone treatment that we’re only seeing a few times a year could bring in several thousand dollars”.[…]

What is the target market? On Vanderbilt’s archived website, Taylor’s “areas of expertise” includes adolescent LGBT health, as well as pediatrics. However, a cursory review did not reveal the Vanderbilt clinic openly solicited its services to the under-18 crowd.

It makes sense that a transgender clinic would see windfall profits if it expanded its addressable market to include 4-year-olds and up instead of adults.

“The literature tells us that kids can start around age four having their gender identity, so we do not want to exclude anybody within the pediatrics realm,” said clinic co-founder 33-year-old Colby Dendy, assistant professor of pediatrics at ECU. “We also do not know of any other pediatricians in our area offering this care to those 18 years old and younger,” Dendy said in an interview with campus newspaper The East Carolinian.

The concept for the children’s sex-change clinic was apparently approved by the medical schools’ Sexual and Gender Diversity Committee (SGDC). On its website, the SGDC describes itself as a collaboration of doctors and staff committed to improving LGBT health and well-being.

SGDC board members enthusiastically pledged to become “the leader in LGBTQ+ healthcare in eastern North Carolina” during ECU’s faculty convocation in August. A facility manager said that providing gender reassignment to people of “all ages” is at the heart of the clinic’s mission. A number of ECU officials attended the event, including the vice chancellor, chancellor, and board members.

Serving on the SGDC board is Mark Rasdorf, Director of the Jesse R. Peel LGBTQ Center, the largest center of its type in the North Carolina University system.

As one of ECU’s most vociferous cheerleaders of child gender reassignment, he promotes the clinic through the LGBTQ Center social media account. Rasdorf (who is not a doctor) appears with gender-reassignment doctors frequently in public presentations made on the clinic’s behalf.

And no venue is safe from Rasdorf’s exploitation to advance his agenda. He recently used his position on the board at the Greenville Museum of Art, with a mission to “inspire, educate, and connect people through the visual arts” to instead bring in doctors for a public presentation on medical gender reassignment.

The most outrageous coup Rasdorf has yet pulled off is a niche referral program he is coordinating through K-12 schools that serves as a pipeline from the classroom to the operating room.

It is no secret that parents sometimes rely on school officials to recommend treatments that may improve their children’s well-being, which is what makes ECU’s Safe Zone Training nothing short of predatory.

create a network of allies who are willing to talk to students about sexual orientation, gender identity, and gender expression, in addition to demonstrating their support of the LGBTQ community by displaying the Safe Zone symbol.
The 4-hour training is offered for principals, counselors, and parents on the campus of ECU at a cost of $5, which includes lunch. Last week, Education First Alliance reported that materials used in the training appear solely focused on transgenderism rather that the acceptance of gay students.

The “Safe Zone Training” seal of approval is offered to school administrators who complete the course and can serve as an advertisement for ECU’s new clinic. A counselor like Holly Wilson, who works at North Pitt High School, with an 80% minority population, is becoming a transgender ally (brand influencer), which will surely increase demand for ECU trans-friendly services.

The gender-reassignment doctors at ECU also display the “Safe Zone Training” seal of approval in their marketing materials, so patients know where to go when they are ready for treatment. The age of consent for behavioral health conditions, like gender dysphoria, in North Carolina, is zero, so doctors aren’t always required to notify parents

Does Rasdorf disclose his relationship with the ECU gender-reassignment clinic and doctors during Safe Zone Trainings? Principals and counselors may be unaware they are acting as brokers for ECU’s sterilization and mutilation business, connecting buyers (children) with sellers (doctors). […]

Congressman Greg Murphy (R-3rd) is quite plugged in at the ECU med school.  I wonder what he thinks about all this? 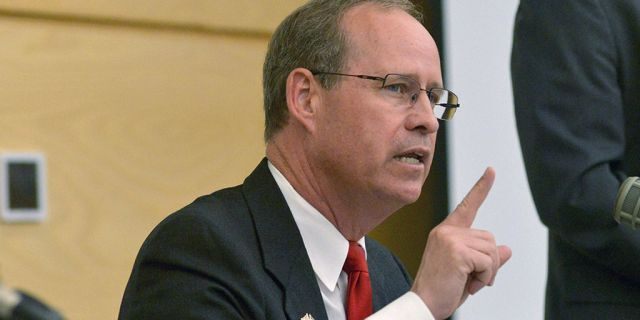 […] Will the training lead school officials to pin children with unwarranted diagnoses of gender dysphoria? The idea that schools could overstep their bounds to push novel diagnoses and dangerous drugs are not unheard of. A decade ago, hundreds of parents sued school districts across the country pushing ADHD and Ritalin on children who didn’t need treatment.

In North Carolina, Duke University’s clinic for gender reassignment was the first of its kind in 2015. Its clinic is so busy that doctors are turning away young clients. Medical consultants predict this trend across the country. Grand View Research reports the U.S. sex reassignment surgery market size was $1.9 billion in 2021 and predicts an 11% growth rate from 2022 to 2030

Gender dysphoria diagnoses are partly driving demand for surgeries, but high reimbursements from insurance companies also play a role. This is especially true In North Carolina. State employees (around 750K) and their dependents are entitled to coverage for gender-reassignment procedures. According to the state treasurer’s office, such coverage coststaxpayers several hundred thousand dollars per patient annually.

SOME POLITICAL LEADERS STAND IDLY BY

Republican state senators Ralph Hise, Norm Sanderson, and Warren Daniel lawmakers introduced a bill in 2021 that would prevent doctors from chemically or surgically sterilizing and mutilating youth younger than 21.

Under the “Youth Health Protection Act,” doctors like Colby Dendy who perform these dangerous treatments could have their license revoked and face civil fines of up to $1,000 per occurrence. The law would bar doctors from providing puberty blockers, or surgery.

Under the law, teachers would be required to notify parents, in writing, if a child displays “gender nonconformity,” or expresses a desire to be called by a name or pronoun that doesn’t match their biological sex.

Republican Phil Berger apparently acquiesced to Democrats and Equality NC by not bringing the bill up for a vote.[…]

Our ‘fearless leader’ in action again.  Campaigning for Democrats against Republicans.  Choosing the transgender lobby over parents. 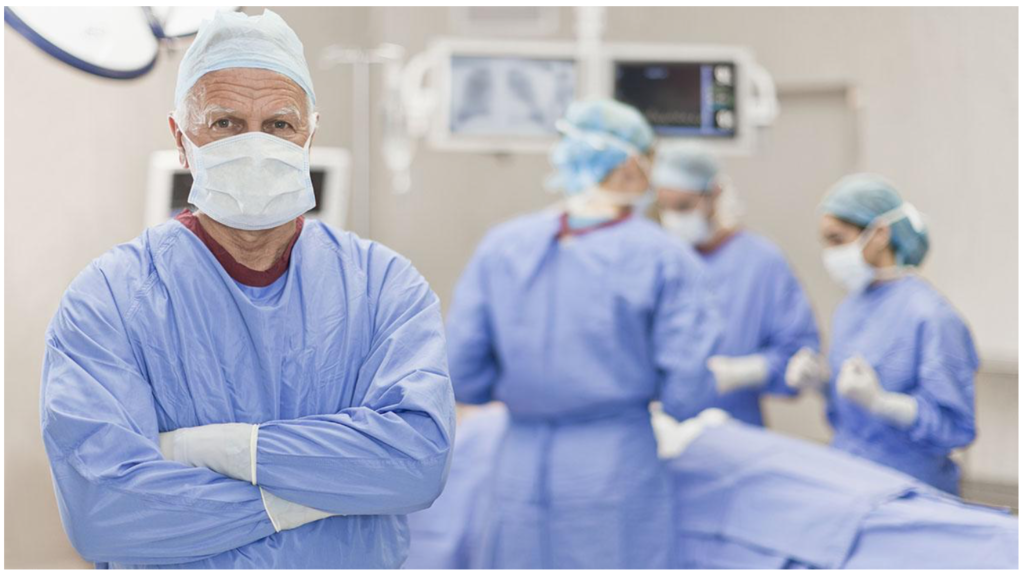 […] In May, Republicans on the education committee approved another piece of legislation that would keep parents informed about what children are learning and how they’re being treated by doctors.

Senate bill 755, schools would have also required school staff to inform parents about their child’s name and pronoun changes. Also prohibited: grooming of children for transgenderism via curriculum or classroom discussions.

Democrat state senator Don Davis from Pitt County voted against the “Parents’ Bill of Rights,” as did all Democrats but one: Sen. Ben Clark.[…]

[…] Candidates running for office needs to acknowledge – and then STOP the Eugenics-for-Profit Industry. It’s capturing the minds of children in schools, inculcating them with absurd ideas, and leading them to desire permanent sterilization and mutilation of their bodies, which is then paid for by taxpayers. Nowhere is that more evident than in ECU’s pipeline from the classroom to the operating room where doctors, activists, and school administrators manipulate innocent students for their own gain.[…]