UNC has been in the news quite a bit during the McCrory / conservative revolution era in Raleigh.  We had Gene Nichol and his on-campus carnival sideshow.  We’ve had the fallout over the football program. The system is being sued over race-based admissions policies, and the Chapel Hill campus’s accreditation status is being reviewed. (For what it’s worth, the Republican-appointed chairman of the board of governors is a big ol’ fan of “diversity.”) The African-American Studies program — clearly a major and degree in demand by employers — is at the center of a major academics scandal.  We’ve chronicled some of the other more, um, exotic programs and majors and degrees offered by system campuses.
When Republicans took over Raleigh, they were presented with an incredible opportunity to reform and fumigate this cash-sucking, leftist oasis. Yet, they continued the Democrat tradition of packing the boards of governors and trustees with political bagmen (and women). That seems to be leading to a lot of the same crap that bogged down the board and made it a joke during Democrat dominance in Raleigh.

Meet the new boss.  Same as the old boss? Apparently.

Dan Way over at The John Locke Foundation has latched on to an interesting development over at the UNC Board of Governors:

Reform-minded members of the UNC Board of Governors say they are taking necessary steps to control spending at the UNC System’s 17 campuses, and are more active in policy decisions, reversing past boards’ rubber-stamp votes.

But some of the 32 members say UNC General Administration and college chancellors are reluctant to provide board members information. New internal policies frustrate requests for information, and block discussion of important topics at meetings, they say.

“I doubt that,” Board of Governors President John Fennebresque said when told that some board members expressed unease, calling the issues “old news.”

“I’m in pretty constant touch with all of them,” he said. “They do quite frequently tell me ‘You’re doing this wrong, let’s do it this way.’ I generally listen to them.”

He said there will always be issues when 32 people deal with a $9.3 billion enterprise.

Fennebresque – aka “Mr. Diversity” — is a veteran lobbyist and political power player with close ties to Thom Tillis and Pat McCrory.

“I feel like John Fennebresque is taking a strong lead as our new chairman. I’m pleased with the direction he’s taking us,” said board member Bob Rippy of Wilmington.

But board member Marty Kotis of Summerville, appointed in 2013, is less supportive.

Fennebresque appointed new committee chairmen whom Kotis says back the university’s administration more than they do the interests of taxpayers and student advocates. Fennebresque switched Kotis from the Budget and Finance Committee to the Personnel and Tenure Committee, and Kotis says that may have happened because Kotis was asking tough questions about the system’s budget. 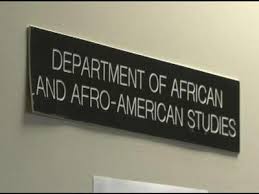 “One of the things that we’re not doing is we’re not providing oversight on the full $9.3 billion budget,” concentrating instead only on the $2.6 billion in state allocations, Kotis said.

“We do look at the overall revenue picture,” Fennebresque countered.

“There’s some very heated discussions going on in public and in private” among board members involving governance and educational philosophy, and along political fault lines, said Rippy. He was among 16 board members, 14 of them Republicans, appointed in 2013 by the General Assembly.
[…]
“I think the board’s really starting to take some leadership role on some of this instead of depending on General Administration for all the answers,” Rippy said. “A year ago I didn’t feel so good.”

Steve Long of Raleigh, appointed in 2013, believes Fennebresque is “doing a great job. He’s got a very collegial board. We all get along with each other. There’s a lot of good humor, and willingness to work together, and with the staff, and with President [Tom] Ross.”

But like several board members who spoke this month with Carolina Journal, Long is concerned about the board’s inability to provide full financial oversight of the UNC System.

“The main frustration I have is in the lack of transparency in budgeting,” Long said. 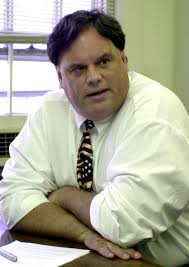 “Chancellors should be given a significant amount of authority because they are the CEOs of their campuses, and we should think twice before we interfere with their operations,” Long said.

“But the Board of Governors is primarily responsible for setting their budget, and I do not believe we have sufficient information to do that” because the information is not broken down into categories by individual campuses, Long said.

Long said he once requested information from a division of UNC-Chapel Hill “and it took three weeks to get it,” preventing him from bringing up a matter in a timely manner at a Board of Governors meeting.

“There might be some natural tension there just institutionally because you have an overseeing board versus people who implement the day-to-day operations,” Long said.

A new board policy Fennebresque implemented requires either his authorization or approval from committee chairmen to seek additional information not in the board’s meeting packets. Fennebresque said he has denied only one request.

But Long said the policy has created concern among some board members.

“It was an outgrowth of a desire to be sensitive to the demands placed on staff by the board, but it may be that the board needs a staff person [dedicated] to handle all these research requests” as a better alternative, Long said. 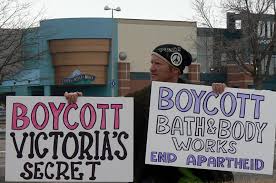 “I think it is a little frustrating for us to have to go that way,” Rippy said of the new policy.

“I have not yet found it to be an impediment to getting information. I know that other people have … and have not gotten that information, and have not been happy about that,” said W.G. Champion “Champ” Mitchell of New Bern, appointed in 2013.

“I think it’s sort of up in the air whether this is going to be a workable procedure or not,” and it should be revised if needed, Mitchell said.

Some board members contend most of the time in board meetings is spent hearing presentations, chairman, and committee reports, and there is insufficient time to discuss agenda items.

Mitchell said that isn’t unusual for a board that has committees doing the bulk of the work. Committees “have not sufficiently discussed a point or two” on some items, he said, but he believes “by and large” they do a thorough job when studying issues and making recommendations to the board.

Mitchell was a major donor and fundraiser for Thom Tillis’s Senate campaign.  He was part of the group of Tillis nominees to the board of governors tied to this controversy.  MORE: 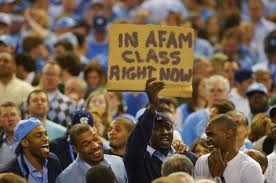 Still, he believes “substantial improvement” could be made in allowing time for new business to be discussed at board meetings.

“Historically, that has not been done in Board of Governors meetings,” Mitchell said.

“There’s a lot less inclination to just go along than there once was,” and that creates the need for more open discussion on new items not on the agenda, or to discuss matters that are bothering members, Mitchell said.

Kotis opposes the inability to bring up new business at meetings because it can thwart timely handling of emerging issues.

“You’re supposed to tell the chair, and if he deems it worthy he will consider adding it to a future committee or discussion,” Kotis said.

It has not been uncommon for board members to receive 500 to 900 pages of materials less than a week before meetings, Kotis said. Though he crunches time to read it all, he said not all board members can, and he’s raised that concern at eight board meetings.

“I would be surprised if many people think that now. I think the General Administration understands that we need information quickly. They get us information quickly,” Fennebresque said. When asked, he said he was not certain how many days before a meeting board members receive their packets.

If a board member wants additional information after reviewing the contents of a meeting packet, the necessity of getting approval from committee chairmen, combined with slow responses from university and general administration staffs, can dash the attempt, Kotis said.

“A lot of times they’re giving you the answer during the meeting, so it just doesn’t lend itself to a whole lot of oversight,” Kotis said.

At one meeting involving budget and finance issues, board members received their packet at 7 p.m. the previous day. The Budget and Finance Committee chairman rejected Kotis’ request for additional spreadsheet information available to staff supplementing the chart members were provided, he said.

“So now I’m stuck with having to do a Freedom of Information Act request” to get public information from his own board, Kotis said.

There’s an old axiom in politics:  If they’re leaking about you anonymously, watch your back.  If they’re criticizing you in the media ON THE RECORD, run for your life.

2 thoughts on “Discontent at the top of the UNC food chain?”