He was one of the key money men behind a PAC that helped knock off a conservative legislator and facilitate a leftist takeover of Lee County a few years ago.  Now, Kirk Bradley — a Democrat registered to vote in Orange County — is opening up his wallet to aid Phil Berger’s Senate Republicans.

We wrote a few years back about Berger and his lieutenants making pilgrimages to Bradley’s business in Sanford. It appears those efforts have been paying off. 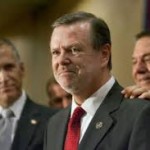 And let’s not forget Raleigh Democrat Doyle Parrish. We first heard about him amid the brouhaha about then-Senate candidate Thom Tilli$$$ and all the Democrats and big donors getting nominated for the UNC board of governors.

Well, it appears Mr. Parrish has coughed up a cool $10,000 for the Senate GOP campaign fund here in the third quarter of 2018:

Just a few posts back, we told you about the same PAC getting cash from Mike Easley associate McQueen Campbell. 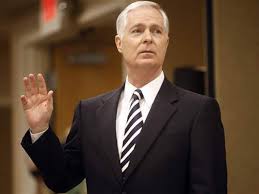 The Senate Majority Fund has gained some notoriety for attacking Republicans who dare to primary sitting senators. (As we well know here in Moore County.)

Sooooo — we’ve got guys who can’t be bothered to register with the GOP.  We’ve got a track record of donations to candidates and entities antithetical to Republican / conservative interests.

This generosity can’t be just about wanting to see the GOP do well.