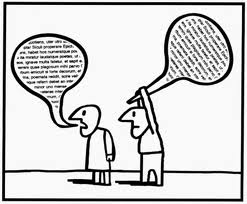 Once again, we got treated to a double-header of televised political brilliance.  The opener featured major party gubernatorial nominees  Walter Dalton and Pat McCrory. (Of course, wonderboy scribe Rob Christensen was there to lovingly capture every bit of Walt D’s, um, brilliance. )

According to Rob, Dalton pounded his Republican opponent as “someone who would be more attuned to powerful special interests than the average person.”   Christensen STILL won’t mention the fact that Dalton’s daughter is a registered lobbyist who has been working the legislative building since 2002 — all while Daddy was working there.   I would think Dalton would be quite attuned to what his daughter — who earns her money as a mouthpiece for special interests — has to say.

Dalton took a page out of the Obama playbook by trying to make the election all about race:

The Racial Justice Act, which allows death-row inmates to appeal their sentences based on statistical evidence that there was racial bias in the jury selection. The law was passed by the Democratic-controlled legislature in 2009, but was greatly modified – supporters say gutted – by the Republican legislature earlier this year.

Dalton said McCrory’s opposition was another example of his racial insensitivity. But McCrory said nearly all the district attorneys in the state opposed the Racial Justice Act, and that it was a thinly disguised effort to undermine the death penalty. When McCrory referred to the measure as a “joke,” Dalton said such language was exactly the reason African-Americans viewed him as insensitive. […]

Rob neglects to add in McCrory’s observation — a correct one, I might add — that white inmates on death row are using the law to claim they were discriminated against in court.   In Fayetteville, the Golphin brothers — both black — are trying to void their death sentences under the RJA.   (You may not remember — but these two angels robbed a South Carolina business at gunpoint, stole an employee’s car,  and assaulted and murdered a sheriff’s deputy and state trooper.  For what it’s worth, the trooper was Native American and the deputy was white.)

McCrory spent a good chunk of the night fending off Dalton’s throw-it-against-the-wall-and-see-what-sticks ploys.  Walter Dalton is treading water.  Pat McCrory is standing in a 30-foot yacht stocked with life vests, caviar, and champagne.

On the presidential level, I was frustrated with the return of this stupid town hall format.  I still remember the stupid pony-tail guy in 1992 standing up and asking Clinton, Bush, and Perot how they, as the “parents”, would take care of “the children” (the American people).  The format may make great TV.  Reality shows featuring average people do well in the ratings.

Many candidates enjoy the format.  Average people tend to get intimidated when put on camera in front of powerful people.  How likely are you to get aggressive questioning or demands for elaboration?

We’ll get a lot of silliness in the media today like discussion on who looked more comfortable on stage.  Meanwhile, the world continues to teeter on the edge of economic collapse, and the unemployment rate continues to climb.