Michael Whatley seemed to appear out of nowhere.  Touting his ties to the 2016 Trump campaign, he’s promising great things for the NCGOP if they just make him their new chairman. 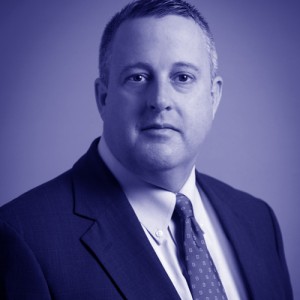 Well, we found some interesting 2016 reporting by some of the more well-known Chapel Hill lefties about Mr. Whatley’s OTHER 2016 activities:

North Carolina’s embattled Gov. Pat McCrory has been criticized for his close relationship with the energy lobby, especially the company where he worked for 29 years, Duke Energy.

A recent Republican fundraising event in North Carolina featuring McCrory and hosted by an energy lobbyist has renewed scrutiny of McCrory’s ties to energy interests, and raised fresh questions about the relationship between the governor’s re-election campaign and outside political groups.

The Raleigh event planned for Oct. 7 was organized by Real Jobs NC, a political group founded by Art Pope and other Republican mega-donors in 2010. According to an email invitation obtained by TV station WRAL, the event aimed to raise money for “hard hitting ads” against Democratic challenger Roy Cooper, with McCrory slated to appear as a “featured guest.”

Because of Hurricane Matthew, McCrory ended up not attending the event. But that he was even invited in the first place posed several legal and ethical questions, the first relating to whether the event violated state election laws.

After the 2010 Citizens United Supreme Court decision that loosened limits on corporate and union donations to political groups, lawmakers established a range of federal and state rules aimed at creating a firewall between candidates and super PAC-style committees. North Carolina’s statuteprevents outside political spending that’s “in concert or coordination with” a campaign.

Nationally, candidates and committees have increasingly pushed the boundaries of coordination laws, causing federal and state lawmakers to propose new rules clarifying what is and isn’t allowed.

As for the Real Jobs event, North Carolina election officials say that it’s not clear whether McCrory’s planned appearance would overstep state laws, but it certainly walked into a gray area.

Amy Strange, deputy director for campaign finance and operations at the N.C. State Board of Elections, told The News & Observer, “It is unclear whether Pat McCrory is coordinating with Real Jobs NC to benefit his campaign, but appearing at the event could generate questions about potential coordination.”

Also notable was who sent the invitation for the Real Jobs NC fundraiser. The email came from Michael Whatley, a partner in the national energy lobbying firm HBW Resources.

Most North Carolinians probably haven’t heard of HBW Resources, but behind the scenes its lobbyists have been intimate associates of McCrory, especially in his push for offshore drilling.  […]

Real Jobs NC was a dark money group initially established in 2010 to fuel the GOP takeover of the NC General Assembly.

The lefties also have another piece about some — in their view — questionable lobbying efforts by Whatley’s company:

[…] Based in Houston, the Consumer Energy Alliance was created and operated by HBW Resources, a high-powered lobbying firm that represents energy interests, and it gets funding from industry groups including the American Petroleum Institute.

A Facing South investigation published last year found that HBW Resources and the Alliance have been instrumental in running the Outer Continental Shelf Governors Coalition, a group led by Pat McCrory (R) of North Carolina that promotes oil and gas drilling off the Atlantic Coast. The Alliance disclosed its role in directing the Coalition, which includes governors from eight other states, only after Facing South and others revealed their involvement.

Now the industry-backed Alliance is facing allegations that it engaged in potentially criminal activity in its efforts to promote the Nexus Gas Transmission Pipeline in the Midwest. Opponents of the pipeline project say that a slew of letters submitted to the Federal Energy Regulatory Commission (FERC) shortly before a public comment period closed in August were generated by the Alliance, and included potentially hundreds of names from people who didn’t consent to their names being used — and in some cases, people who aren’t even alive.

One letter allegedly in support of the pipeline came from a man who died in 1998. Another came from a woman who suffers from dementia and whose son said she would have been unable to write such a letter. In all, Wohlfarth spoke with 14 people whose signatures or those of family members were found on pro-pipeline letters to FERC but who said they did not sign them. He found 200 other letters with very similar language, leading him to suspect the number of fraudulent letters could be higher. […]

The NCGOP is already in a mess — thanks to a  leader who appears to have played fast and loose with campaign finance and other laws.