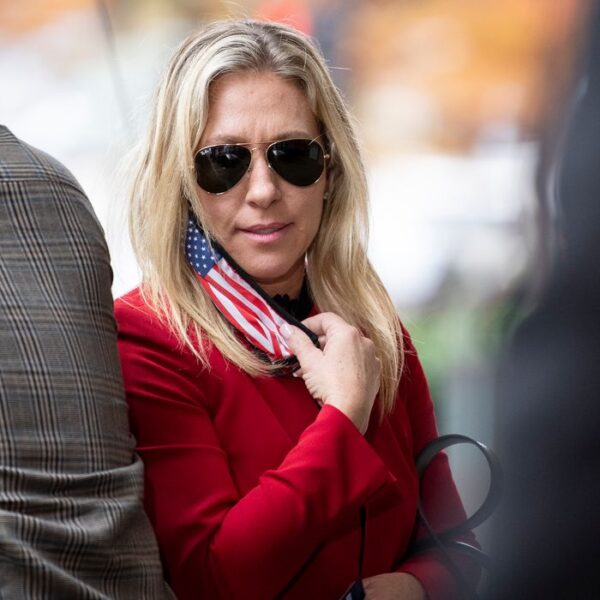 The ‘Party of Compassion’ continued its rampage today by stripping a Republican House freshman of her committee assignments for social media ‘likes’ that occurred prior to her election.  Eleven Republicans joined all the DEMS in making Rep. Marjorie Taylor Greene (R-Ga.) an island within the Congress.

A number of the eleven RINOs who sided with the Democrats had also voted to impeach President Trump.  The media is going wild with stories about Rep. Greene,  But let’s take a look at some of the very dubious Democrats who STILL hold committee posts (even during Republican majorities).

Eric Swalwell (D-Ca.)  still sits on Intelligence-related (and other) committees,  even though it is clear he got targeted by Chinese intelligence.  Remember the Democrat from Georgia who seriously thought Guam was in danger of tipping over?  He has committee assignments.

Maxine Waters has said all kinds of outrageous things — including inciting violence against Trump supporters.  She still has committee assignments.

Sheila Jackson Lee (D-TX) has provided a lot of head-shaking comedy / disbelief during her time on Capitol Hill.  She has committee assignments.

Florida congressman Alcee Hastings (D-FL) was impeached by the Congress while serving as a federal judge.  Hastings got elected to Congress — despite that history — and has held  a number of committee assignments (as well as a lot of respect within the Democrat caucus).

Meanwhile,   we’ve got at least one member of Republican “leadership” who has aided and abetted the Democrat push to impeach a Republican president.  (The. GOP House Republicans could not bring themselves to fire her from her leadership position, despite her collaboration with the Democrats.)

Senate Republican leader Mitch McConnell labeled Greene as a ‘cancer’ on the Republican Party.  Never mind Lisa Murkowski, Susan Collins and Mitt Romney who are more likely to vote with Democrats than with their own party.  They ALL have committee assignments.  (Murkowski once ran as unaffiliated against the GOP nominee in Alaska.  She won, with Democrat help, and went on to Washington.  The GOP allowed her to change parties and caucus with the GOP.  Even though she ran against the GOP nominee. )

Other GOP caucus members are walking around hanging their heads in shame, while the Democrats run wild.  A socialist utopia is in the works.  And the GOP is little more than bystanders to the whole travesty.