Not so long ago, we were told how terrible it was to crack down on local governments.  (Something about bathrooms and cross-dressing.)

Well, that apparently only applies if sane folks are hassling the liberal counter-culture.

Charlotte Mecklenburg Schools has dropped a bomb on taxpayers in North Mecklenburg that even The Charlotte Observer finds offensive:

[…] The most reckless public officials in Charlotte were at it again Tuesday, escalating a fight that needed to be calmed, threatening families they needed on their side and, once again, keeping it all secret from a public they appear to disdain.

Mecklenburg school board met, board members voted to effectively block school construction in Matthews, Mint Hill, Cornelius and Huntersville. The “Municipal Concerns Act of 2018” also directed CMS Superintendent Clayton Wilcox to explore reassigning students in those four towns to schools located within town boundaries and, in some instances, out of better performing schools.

It was an extraordinary display of how not to cultivate a fragile relationship, and it went a long way toward affirming what many in the four towns thought of the relationship and the school board in the first place.

The move was a response to the passage this summer of a controversial bill,

sponsored by N.C. House member Bill Brawley, that authorized the four towns to create charter schools that provide priority seating for town residents. Leaders in the towns had given explicit or implicit approval to the bill, despite some parents in the towns expressing reservations.
School board members called Tuesday’s act a reasonable response to that bill, but it was bullying, plain and simple. Approve a 15-year moratorium on charter schools, the board said, or we’ll exile you and your families. It was a fundamental misreading of what had prompted Brawley’s charter school bill — not a desire in the towns to separate themselves now or later from CMS, but a need for insurance against a school board that perpetually threatened and scorned what suburban families want out of their schools: proximity and stability.[…] 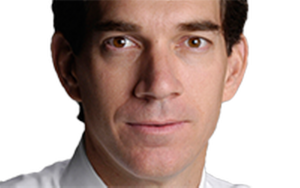 Ouch.  If you’re a leftist (and the CMS board is packed with them) and The Observer’s editorial board thinks you’ve gone TOO FAR, THAT should be some serious food for thought.
Well, one person who is not taking all this lying down is Mecklenburg County commissioner Jim Puckett (a rare voice of common sense in that county’s political structure):

Sec. Johnson, Senator Tarte, Representative Bradford, in as much as the CMS board has codified what until now was only a thinly concealed practice of systematic denial of proper school facilities in the suburban 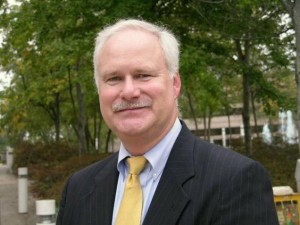 towns of Cornelius, Huntersville and Davidson, I formally request from the North Carolina General Assembly and the Department of Public Instruction an examination and publication of the means and corollary effects rising from said examination of the formation of a separate school district for the towns of Huntersville, Cornelius and Davidson and their related Extra-Territorial Jurisdictions.

As a result of the CMS Policy: Article II- Priority of Capital Spending in Certain Municipalities whereby the board of education has directed the Superintendent to limit future capital funding based on NCGA SL2018-3. This wanton abuse of power to deny taxpayers adequate capital funding due to options afforded under state and federal law must be met with the only appropriate action that being the ability to have a reasonable and legally defensible expectation that tax dollars taken by force are allocated without prejudice across the district from which those taxes are collected.

While the Town of Davidson is not singled out in the above CMS policy her students will most surely be harmed as a result of denial to her neighboring towns when considering future high school building and to a lesser but still real extent middle schools as these facilities are regional and not town specific.

CMS has put forth the argument that as a result of some towns choosing not to expand their options for providing adequate facilities even under the continued failure of CMS to do so, there should be some method of prioritization for those areas.

To that end and as using the same misguided logic, I suggest all parents who do not have the financial ability send their children to private or religious schools should have the same opportunity for prioritization of their personal capital in the pursuit of educating their children and opting to withhold the +/- 45% of their property tax that goes to CMS and direct it to that end.

I have spent most of the last 20 years trying to educate citizens of the unholy obsession at Charlotte Mecklenburg Schools to punish children who happen to live in areas of middle to upper social economic means outside the City of Charlotte.

That reality was last noticed in the recent bond package that saw a reprioritization of CMS’s own school building schedule to move schools listed in north Mecklenburg down the priority list and nearly a decade from any real chance of being built.

This inexcusable action led to the unprecedented need for the towns of Huntersville and Cornelius to request the ability to provide for their citizens in the face of clear discrimination. Lest there be any doubt of the punitive nature of the public school system one need only look at the actions codified in policy by the CMS board with this latest action.

Not since the days of a dual school system has there been a more divisive and damaging action taken by those who claim to care about public education.

Isn’t this the kind of brouhaha that hiring ex-legislator Charles Jeter, for $140,000 per year, was supposed to help avoid?  (You know. Get a Republican — albeit a very liberal RINO — on board who is from that area and can talk to those people in North Meck.)