Can you be threatened by a statue?  Apparently, some of the wine-and-cheese limo-liberals in 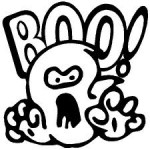 The leaders of UNC-Chapel Hill’s $4.25 billion fundraising campaign have weighed in on the issue of what to do with Silent Sam, and they support the idea of relocating the Confederate monument.

In a letter Tuesday to the UNC Board of Trustees, eight co-chairs of the Campaign for Carolina said they support UNC Chancellor Carol Folt’s statement last week that the toppled statue should be moved to a new, more appropriate location. The letter was signed by alumni campaign leaders Barbara Hyde, Roger Perry, John Townsend, John Ellison, Michael Kennedy, Jennifer Evans, Vicki Craver and Austin Stephens. All are alumni and most have either served as members of the UNC trustee board or Board of Visitors.

In their letter, the co-chairs called the situation surrounding the debate over Silent Sam an “increasingly dangerous situation impacting our students and faculty and threatening to tarnish the reputation of our nation’s first public university, as well as the State of North Carolina.”[…]

Really?  How about the fake classes and the athletic cheating scandals?  Or the riots when conservative speakers 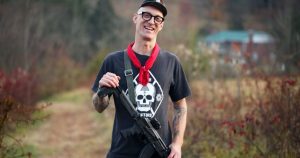 come to town?  Does a statue that makes snowflakes pee their bedsheets every night really trump those things?

I’ll tell you what’s really threatening.  Masked leftist radicals running around vandalizing stuff they don’t like and threatening people they don’t like. A town controlled by radical snowflakes sympathetic to said masked hoodlums who refuse to let the police keep law and order.  Gene Nichol and Barry Nakell at the law school. Oh, and THIS esteemed member of the UNC faculty.

College towns and college campuses are typically a little off-beat and, um, different. Chapel Hill and UNC-Chapel Hill are in a special category  of kookiness all by their lonesomes. 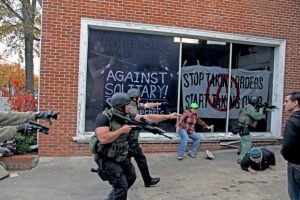 donations. The campaign has raised roughly half its target of raising $4.25 million by the end of 2022.

“We recognize that those of us who love our University and believe in its mission have held different views on the continued presence of this monument in McCorkle Place,” the letter said. “And many are troubled by the method of its removal. But now that Silent Sam is down, we are united in agreeing that it should not return to its former location. We further believe that the Confederate Monument, located in a proper context on our campus, can become a catalyst for education about America’s darker hours and for civil discourse about our future.”[…]

Aah, the typical leftist go-to argument.  *It’s somebody else’s fault — or the fault of some inanimate object — that I came up short.*

If these whiners only knew —  most people living outside of Orange County are more embarrassed about Chapel Hill itself than a statue.