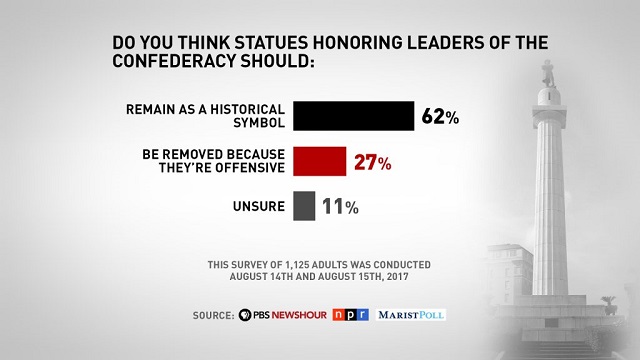 Behind all of the frothing-at-the-mouth race-baiters and whimpering snowflakes the drivebys are peppering us with, there is ACTUALLY some truth:

A new poll from PBS has found the majority of Americans of all races believe statues honoring the leaders of the confederacy should remain and only a small minority believes they should be taken down. 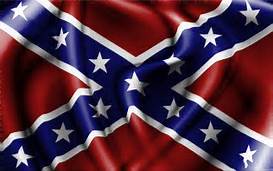 Republicans were twice as likely as Democrats to say they supported keeping statues that honor Confederate leaders. Two-thirds of whites and Latinos said these statues should not be removed. African-American respondents were split, with 44 percent saying the statues should remain in place, and another 40 percent saying they need to be removed because some people find them offensive.[…]

Even in majority-minority, majority-Democrat Robeson County, the whole Confederate statue “controversy” is being met mostly with either indifference or outright support for preserving history.