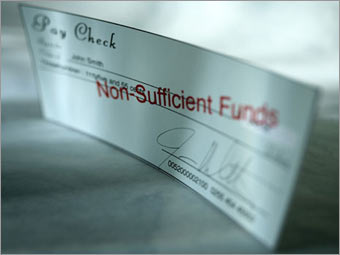 The N&O’s political ace John Frank is reporting via Twitter that the state Democrat Party 1st vice-chairman, who would succeed chairman David Parker if he is forced out, has a “lengthy” record of bad check charges.  According to Frank, that criminal record would not keep her from ascending to the chairman’s post IF Parker leaves.

Of course it wouldn’t be a big deal to the folks at Dem HQ.  They’ve been doing that kind of thing with OUR money for years.  What’s the problem with doing it with their own money?

(Tune in tomorrow for another episode of ‘As The Donkey Turns’ …)