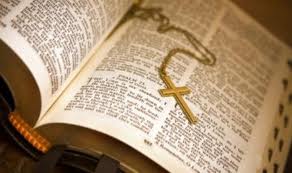 The “conventional wisdom” out there is that Republican candidates need to run away from ANY discussion of social issues for fear of alienating the  almighty moderates out there.  Well, research is out there making the case that the Republican Party owes a HUGE debt to social issues — and values voters — for the party’s success at the ballot box since 1968.

Jeffrey Bell. a respected expert and author on free market economics, recently made JUST THAT case in the pages of The Wall Street Journal:

If you’re a Republican in New York or another big city, you may be anxious or even terrified at the prospect that Rick Santorum, the supposedly unelectable social conservative, may win the GOP presidential nomination. Jeffrey Bell would like to set your mind at ease.

Social conservatism, Mr. Bell argues in his forthcoming book, “The Case for Polarized Politics,” has a winning track record for the GOP. “Social issues were nonexistent in the period 1932 to 1964,” he observes. “The Republican Party won two presidential elections out of nine, and they had the Congress for all of four years in that entire period. . . . When social issues came into the mix—I would date it from the 1968 election . . . the Republican Party won seven out of 11 presidential elections.”

The Democrats who won, including even Barack Obama in 2008, did not play up social liberalism in their campaigns. In 1992 Bill Clinton was a death-penalty advocate who promised to “end welfare as we know it” and make abortion “safe, legal and rare.” Social issues have come to the fore on the GOP side in two of the past six presidential elections—in 1988 (prison furloughs, the Pledge of Allegiance, the ACLU) and 2004 (same-sex marriage). “Those are the only two elections since Reagan where the Republican Party has won a popular majority,” Mr. Bell says. “It isn’t coincidental.”

Mr. Bell, 68, is an unlikely tribune for social conservatism. His main interest has always been economics. He was “an early supply-sider” who worked on Ronald Reagan’s presidential campaigns of 1976 and 1980 and Jack Kemp’s in 1988. In 1978 he ran an anti-tax campaign for the U.S. Senate in New Jersey, defeating Republican incumbent Clifford Case in the primary but losing to Democrat Bill Bradley.

Even now his day job is to advocate for the gold standard at the American Principles Project. But he’s been interested in social issues since the 1980s, when “it became increasingly clear to me . . . that social issues were beginning to be very important in comparison to economic issues,” in part because “Reaganomics worked so well that the Democrats . . . kind of retired the economic issues.”

In Mr. Bell’s telling, social conservatism is both relatively new and uniquely American, and it is a response to aggression, not an initiation of it. The left has had “its center of gravity in social issues” since the French Revolution, he says. “Yes, the left at that time, with people like Robespierre, was interested in overthrowing the monarchy and the French aristocracy. But they were even more vehemently in favor of bringing down institutions like the family and organized religion. In that regard, the left has never changed. . . . I think we’ve had a good illustration of it in the last month or so.”

He means the ObamaCare mandate that religious institutions must provide employee insurance for contraceptive services, including abortifacient drugs and sterilization procedures, even if doing so would violate their moral teachings. “You would think that once the economy started looking a little better, Obama would want to take a bow . . . but instead all of a sudden you have this contraception flap. From what I can find out about it, it wasn’t a miscalculation. They knew that the Catholic Church and other believers were going to push back against this thing. . . . They were determined to push it through, because it’s their irreplaceable ideological core. . . . The left keeps putting these issues into the mix, and they do it very deliberately, and I think they do it as a matter of principle.”

Another example: “In the lame-duck session of the last Congress, when the Democrats had their last [House] majority . . . what was their biggest priority? Well, they let the Bush tax cuts be renewed for another couple of years, but what they did get through was gays in the military. . . . It keeps coming back because it’s the agenda of the left. They’re not going to leave these issues alone.”

“I think the tea party is an ally of social conservatism, because it also seems to go back to that idea in the Founding. . . . The tea party brings absolute values, normative values, to a whole set of issues where they really weren’t present, namely economics and the size of government.” Another commonality is that both arose in reaction to an aggressive left.