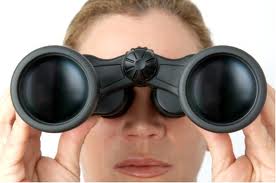 Overall, it’s looking like a pretty depressing election day for the Democrat Party in-state and nationwide.  I’ve pinpointed a few things that conservatives need to keep an eye on after the polls close:

1.  BEST case for North Carolina Democrats:   The governor’s office is lost to these guys.  They’ve got a tight race for lieutenant governor.  On Jones Street, it looks like they will still be in the minority.  After redistricting,  “experts” said the GOP is guaranteed a 10-3 majority in the state’s congressional delegation.  It will be some comfort to the Democrats if: (a) Coleman slips past Forest in the lt. governor’s race, (b) there is still a Dem majority on the Council of State, (c) Ervin slips past Newby on the Supreme Court, (d) Larry Kissell and Mike McIntyre are reelected, and (d) if  they improve their ranks on Jones Street by at least one in each chamber.

An Ervin victory gives Democrats an edge on the Supreme Court so they can overturn GOP measures that could not be defeated on Jones Street or on the ballot.  A Democrat majority on The Council of State could block efforts to cut spending, or reform the executive branch bureaucracy.  Larry Kissell and Mike McIntyre were both drawn into majority Republican districts.    But residents of those districts were force-fed lightweight unimpressive nominees from the GOP establishment — giving the Dem incumbents in those new GOP majority districts a fighting chance. (Democrat consultant Brad Crone sees Kissell slipping by, but sees McIntyre’s battle a little more troublesome.)

2. BEST case for North Carolina Republicans:  They’ve got the governor’s office.  Knocking off at least three Democrat incumbents on the council of state would give GOP governmental reform efforts a fighting chance.  (Even Democrats admit there is a good shot at the GOP picking up FIVE Democrat seats on the Council.)   With Paul Newby being reelected to the state Supreme Court, the left’s ambitions to use the court to overturn the marriage amendment and any other conservative measures from Jones Street will be crushed.

On the congressional level, the best case for NCGOP would be picking up the Miller seat in the 13th, the Shuler seat in the 11th, the Kissell seat in the 8th, and the McIntyre seat in the 7th.  If all of that happens, the state delegation hile moves from a 7-6 Dem majority to a 10-3 GOP majority.

3.  BEST Case for Tea Partiers, national Republicans and AMERICA:  Tossing Barry and electing Mitt is only part of the job.  If the Democrats KEEP their Senate majority, we’re going to have a lot of the same.  The Democrat majority will block efforts to retain the Bush tax rates and overturn ObamaCare.  While the Democrat stonewalling continues, we will be hit by massive tax breaks and wave after wave of new regulations and red tape.   The GOP NEEDS to pick up a Senate majority in order to turn the country around.  Getting Mitt in is only HALF of the job.  Taking the Senate is a crucial task that needs to be figured into the equation. We don’t have a Senate race in either of the Carolinas. But if you know any right-minded people in a state where there is a Senate race, call them and make sure they get out and VOTE.