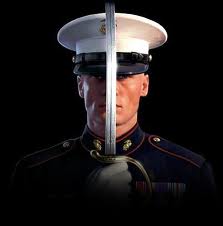 BarryO  sent his highly-unqualified hack / secretary of defense Leon Panetta into Afghanistan for a photo op speech to troops and their commanders.  Just what our guys in the field need — a stupid speech from a political hack while they’re trying to fight off the machine gun-toting, car-bombing “allah akbar” crowd.

At first, a guy — literally on fire — drove his truck onto the airfield runway to meet Panetta’s plane as it landed.

To top that off, the 400-plus Marines who were being made to participate in the Panetta photo op were ORDERED to disarm themselves while listening to the secretary of defense in the middle of a war zone.   THAT is unprecedented. Even the BarryO apologists at MSNBC were appalled.