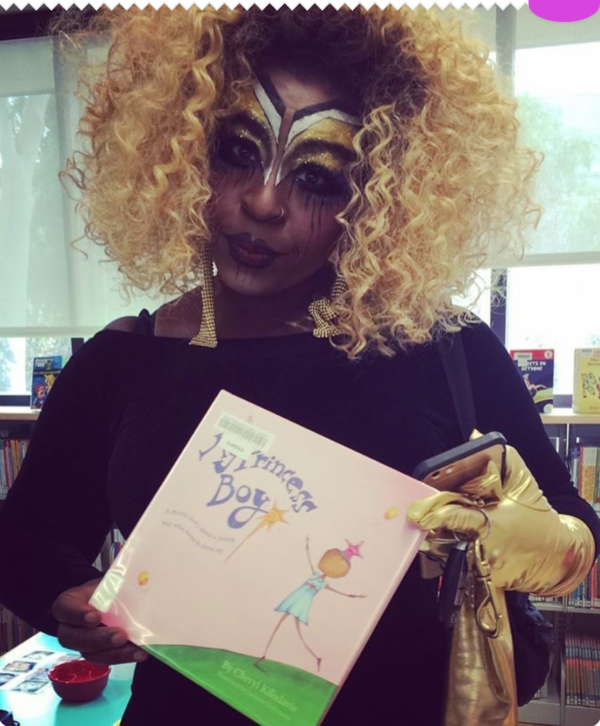 Never fear, folks.   If you were really concerned about coronavirus causing you to miss your daily or weekly or monthly dose of story-telling by drag queens at Raleigh’s public libraries,  just relax.  The, um, “ladies” are not going anywhere:

Drag Queen Story Hour is just what it sounds like — drag queens reading to children and telling them stories in libraries, businesses and other public spaces to inspire creativity and teach them it’s okay to be different.

Organizer Brittany Vann Hogin, an ally for the LGBT community and a mother of two, firmly believes children are our future. Helping them feel accepted and understand diversity is crucial, she said.”There are all different kinds of people of different races, different sexualities and different identities, and our goal is that these kids see themselves in someone else — whether it’s a storybook character or one of our queens,” Hogin said. “It sounds silly, but having that identity to something you haven’t seen before is so important.”

Mary Elise Chenoweth, another mom and advocate for the LGBT community, founded the Raleigh chapter in 2019.

“A big part of the story hours is positivity,” Hogin said. “The positivity in the air, the self acceptance, the love for everyone these — that’s something we need, especially in today’s times.”

When the COVID-19 pandemic hit in March, the events went virtual. Now drag queens are filmed at the LGBT Center of Raleigh, and the videos are edited and posted online for kids and parents to enjoy.

Hogin said the videos do more than promote understanding and acceptance — they help kids relax in a crazy time.

“During the pandemic, I am getting queens to film calming breathing techniques, yoga and crafts,” Hogin said.

The Drag Queen Story Hour is a nonprofit that depends on the help of volunteers, including 10 drag queens, to survive. Hogin said the queens face constant struggles for being themselves, and working with them in the LGBT community is humbling.

“There are kids in families or schools who have never seen someone like them before,” she said. “That’s really what the main goal is — to make sure the kids feel seen and make them aware it’s okay to be different.”

Right now, Drag Queen Story Hour is launching a video featuring a drag queen who suffered from dyslexia as a child.

“It’s good for the kids to see, ‘Hey, this is a grown up person who is in college and who is doing really well,'” Hogin said.

Hogin said protesters showed up for the first Drag Queen Story Hour in Raleigh. Thanks to a group of moms and other volunteers, adults were able to block the protesters from the children by holding umbrellas up and forming a human barrier.

“That’s the only thing we care about — we don’t want the kids to be upset,” Hogin said. “When you work in the LGBT community, there’s going to be someone somewhere who is upset about it.

Thankfully, protesting at the events hasn’t been a large problem in Raleigh like in other cities across the country. Some people have sent hateful messages on social media, but Hogin said they just delete the comments, block and move on.

Hogin said she can see change happening, and she visualizes a world where everyone is welcome regardless of their sexuality.

“We are really fortunate that members of the LGBT communities from decades past really paved the way for kids today,” Hogin said. “It’s a lot more acceptable to be open about your identity and your sexuality. I fully believe 100% this future generation is going to be what changes America.”