The state teacher union and the edu-crats have had their talons sunk into North Carolina’s public schools for so long.  Republican superintendent Mark Johnson (2016-2020) made some effort to shake things up,  but appears to have thrown up his hands and walked away.

Taylor, a Democrat, will be the deputy state superintendent. Truitt has been serving as chancellor of WGU North Carolina, a part of the nonprofit Western Governors University.[…]

A Democrat serving as an elected Republican’s top adviser?  *How Nice.* 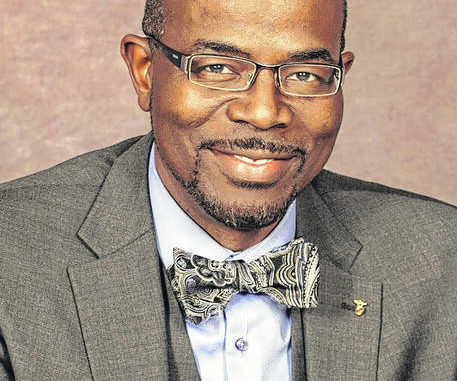 Taylor said his last official day at work has not been set. It is possible that will be determined today.

Truitt, a Republican, will take her position when the election canvass is certified next week and she’s sworn in on Jan. 4. Truitt will be replacing Mark Johnson, who opted not to seek reelection.

“I am super excited,” Taylor said. “This will be a great adventure.”

Taylor said that he was looking forward to starting in January, but he will definitely miss everyone he has worked with over the time that he has been in Bladen County.

“It’s a bit heartbreaking,” the White Lake resident said. “I have had so many offers to go other places, but I stayed.”

He said that he even had another offer about six or seven weeks ago, but declined it, thinking that he was quite happy with the district. Being in Bladen County has allowed him to work from his home, as well as keep his wife working at her job in Hope Mills where they have another home.

“He will be missed,” Board of Education member Chris Clark said. “We thank him for what he has done for the district so far.

“This is a well-deserved move. He has been good, that’s for sure.”

“We appreciate Dr. Taylor to the max,” he said. “He was good for Bladen County. He came in with technology, and he had came up through the ranks.”

Rozier said that Taylor was previously a teacher’s assistant at Cumberland County Schools very early in his career.

Taylor said that his wife being able to continue her career, and not have to relocate, was a large incentive for him and his family.

“I love the community,” he said. “In Bladen County I was able to work and not disrupt my family.”

This position, as the deputy state superintendent, is the highest position in K-12 public schools education without being elected.

Taylor began his 10th year with the district on July 1.

Prior to coming to Bladen County, Taylor was the assistant superintendent for Clinton City Schools from 2003 to 2011.

He’s a 1990 graduate of the University of Southern Mississippi, where he earned his bachelor’s in history and political science. In 2001 he earned a master’s in school administration from Fayetteville State and later in 2009 his doctorate in educational leadership.

He was appointed by the governor to the board for the N.C. Center for the Advancement of Teaching earlier this year.[…]

A Roy Cooper-appointee in the #2 spot at the allegedly-GOP controlled DPI?  *How nice.*

Here Taylor is signing his name to a protest of the whole George-Floyd-‘I-Can’t-Breathe’ incident that so riled up the Democrats, Black Lives Matter, and the rioters.  It was a local crime story in MINNEAPOLIS, MINNESOTA.  (Nowhere near Bladen County.) Not one word condemning rioting or attacking police.  *How Nice.* 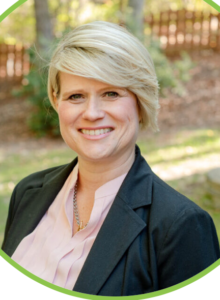 How did Truitt connect with this guy?  When she was chancellor of Western Governor’s University,  the university and the Taylor-led Bladen County Schools formed an alliance and did a little business. (Taylor also served on WGU’s Board of Advisers while Truitt ran things there.)

Here Taylor is being interviewed by his alma mater:

[…] The title alone tells why I wrote for the Unheard Word. African Americans sorely needed a voice at the University and the Student Printz university newspaper was not always that voice.  The Unheard Word allowed us to have an opposition voice that could not be silenced.  When Riva Brown, with the help of Charlie Braxton and others, started this voice, it was a huge leap of faith. All too often, people applaud the effort, but are reluctant to get too involved.  I appreciated the opportunity to lend to this voice, hoping that my words might get fellow students to see things differently, and question the things around them.  The Unheard Word, in my opinion, recognized that The University of Southern Mississippi was in the most racist state in the Union, and that while historical focus has always been on the University of Mississippi, Southern Miss had a past that was tainted as well.  The Unheard Word was a way to not let this tainted past go unaccounted for, but rather use its words to get Black students to think more deeply about what they expected from the University and from themselves.  As an opposition voice, The Unheard Word forced the University to deal with Black students in a different way and recognize they had a voice the University did not control.[…]

Soooooooo —  it looks like there won’t be any more arguments between a Republican DPI superintendent, the NCAE, the state Board of Education, and the other edu-crats.  *How,um, NICE.*

14 thoughts on “Playing TOO Nice at NC DPI?”