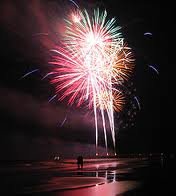 John Marcum may have finished a distant second in this month’s mayoral race, but he is certainly not riding off quietly into the sunset.   Marcum’s community action group, Concerned Citizens of Pinehurst, is taking its concerns directly to the Pinehurst Village Council  on November 29 via a new, high-powered spokesman.   Colin McKenzie, a former village council member and Moore County commissioner, will speak for the group.

One of the first issues scheduled for discussion by the new Pinehurst Village Council on November 29 is the appointment of a councilman to fill the seat being vacated by our new Mayor.  An agenda item for discussion of this issue is scheduled immediately following the swearing in of the new council members. We have several concerns about this issue.

The first is that there has been no real outreach effort to consider new people for this vacancy and the plan is apparently to again appoint Mark Parson to the vacancy. This should be considered against the outcome of the election. Four council members ran for election. All supported ignoring NPS concerns and going ahead with the changes to the Village Green. Three of the four were defeated, including Mr. Parson.  This reaffirmation of public concern about the Village Green was the clearest outcome of any issue during the campaign. To appoint Mr. Parson, a landscaper who was one of the earliest advocates of the Village Green work would in effect alter the outcome of the election and make it difficult for the council to take a more cautious approach on the issue.

In some previous appointments of this type, the individual finishing second overall behind the winners has been appointed. This could be followed in the present case by appointing the second place finisher, Mr. Marcum.  On the other hand, Mr. Parson finished third overall and lost his seat, so even this approach would not justify his appointment.

Another approach would be to delay the appointment until after the first of the year to provide time to recruit several candidates. There could be one or two town hall meetings or other outreach efforts culminating in either a special election or a selection by the council at the end of the process. Either approach would help provide the new leadership needed and avoid altering the electoral outcome.  We recognize an additional vote would incur modest costs of up to a few thousand dollars, but these would be small compared to the risk of having to cancel contracts or redo projects due to litigation or other issues.

These views are shared widely in Pinehurst and we urge the new Council to take this more measured approach to get off to a good start. Please add consideration of this matter to your agenda item and provide also for public comment as part of the discussion.

The full text of the letter sent to village leaders can be found here.