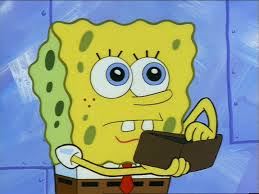 That was the tongue-in-cheek question posed by the owner of the web hosting company we work with here at Haymaker HQ.  Of course, I sought clarification to that question.

Here on our fourth anniversary, we’re taking up more space on the web server than ever before.  The owner also told me that our traffic has skyrocketed from — not just four years ago, but also from the beginning of this year.  She also mentioned that The Haymaker is subjected to at least  three hacking / denial-of-service attacks or attempts each day.  In other words, the hosting company is racking up some extra cost keeping us up and running on The Internet.  And they want to pass some of that on to us — by quadrupling our hosting fee.

I’ve checked around, and — believe it or not — these guys are still the best deal out there for the level of service and attention The Haymaker is now requiring.

We don’t want to charge for our content.  We believe we’re providing an important public service that ought to be as available to as many people as possible. But then, again, we are capitalists.  We don’t like the idea of going into the red on ANYTHING. 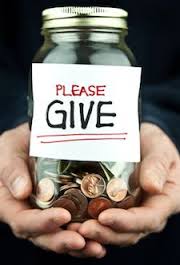 We passed the plate last year and were pleasantly surprised with the response from our readers.   Thanks to our growing pains, we’re needing to do it again.

How can you help?  Advertise your organization, your business, or your political campaign with us.  Email us through the site and we can provide you with an incredibly competitive deal to reach people from Murphy to Manteo  (and even DC, NYC and beyond).

You can also click on the “Tip Jar” icon on the site’s sidebar to donate to us via PayPal.  (If you are not a fan of online payments, send us an email through the site and we will provide you with a snail-mail address for sending a check.)

Every little bit helps.  (And we SWEAR not one dime of your very generous contributions will go anywhere near The Tom James Company or Jos. A Bank.)

This is much-better spent money than a drive-by media newspaper subscription.  After all, they’re getting the news from US!