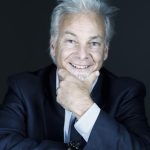 We reported to you earlier about Ged Moody, an Appalachian State university senior official, who has been making the calls on green energy projects on the Boone campus for seven years while simultaneously serving as VP of an Asheville  company that supplies equipment for green energy projects.  In 2015, Appalachian State contracted to build solar-powered electric car charging stations.  Moody’s company, Brightfield Transportation Solutions of Asheville,  ended up supplying the equipment for the project.

During the time of this project (2015 and 2016), Appalachian State University had a close relationship with Brightfield — even going as far as co-sponsoring events that were basically marketing showcases for Brightfield.  (At that time, Moody was transitioning from “university sustainability director” to “special assistant to the chancellor for sustainability.”) 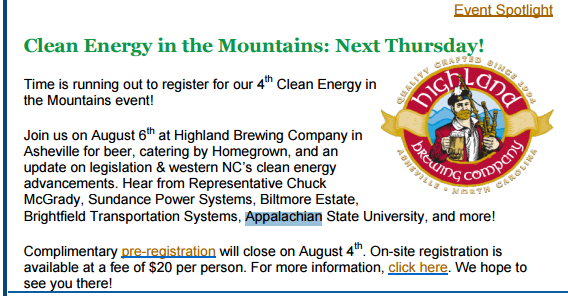 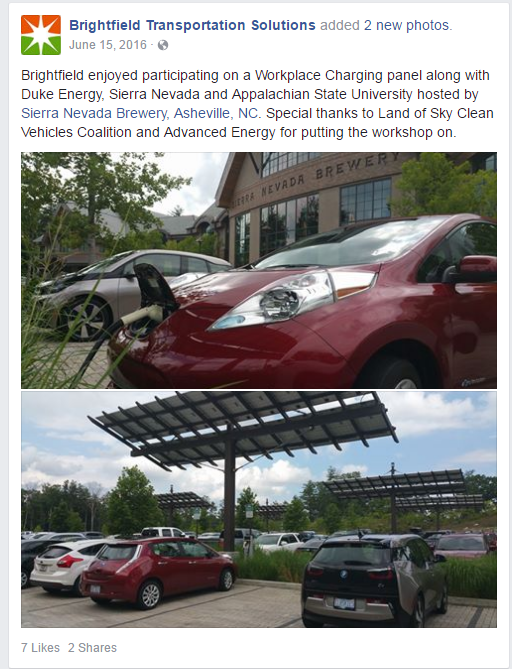 Appalachian seemed to be aware of Moody’s entrepreneurial side activities while he was employed by the university.  They were even  mentioned in university publications. (One independent trade publication even identified Moody as one of AppState’s chief business officers.)  The question is: Why wasn’t there any apparent effort to ensure against improper, unethical, or illegal behavior?

We browsed over to the North Carolina Ethics Commission’s web site.  There you can find statements of economic interest filed by all kinds of elected and appointed state officials.  One of the categories in the site’s searchable database is “Appalachian State University Employees.”  Under that category, you can find information, from 2015-2016, for the chancellor and all kinds of folks within the chancellor’s office (where Moody works).   The disclosures detail companies that employees have stock in, as well as any sources of outside income that the employee or their immediate family members have.  The site does not have any disclosure filings from Moody for 2015 or 2016 — the key period when his outside firm was doing business with Appalachian State University.

2 thoughts on “No ethics disclosure filings for AppState “sustainability” guru”