It’s dumbfounding listening to the sales pitches and outright spin promoting the House’s road bond package.  We’re told it’s not a tax increase.  Never mind that bond issues involve obtaining permission to borrow money.  If the money is available in the budget, why would you need to borrow money?  If the money is not in the budget, how else are you going to pay the money back — other than shaking your taxpayers down for MORE? 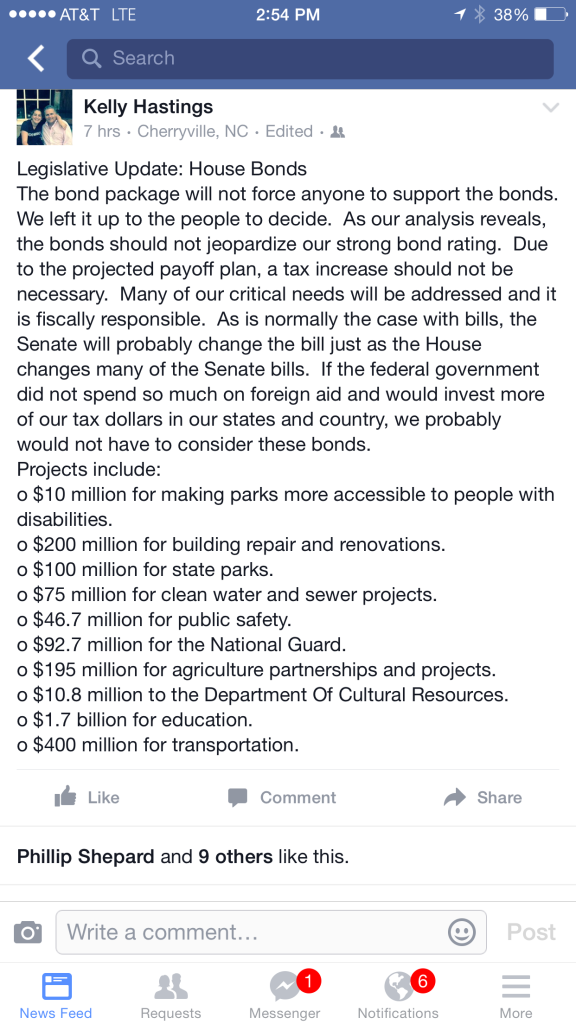 Hmmm.  That sounds just *delightful.*  Now, let’s take a look at what John Locke’s Sarah Curry has to say about bond issues handed down from Raleigh:

Having Déjà vu when the state talks about its bond package? Don’t fret….you are!
Back in 2000 a state bond package contained a requirement that some localities match state funds for the projects being build using the bond funding. This means that if the county couldn’t afford their matching requirement for the new construction of the bond, then property taxes were increased.

The Governor proposed a bond package, and the NC House voted to increase the infrastructure plans. So now there is a bond package of $2.85 billion and another $1.3 billion for highway construction.
In case you were wondering…..YES – there is a local matching portion to this one too. A friend of my at Civitas found that,
“The bonds do have local matches, the parks bonds are $1 local to $4 state funding, the public school bonds are also $1 to $4 for counties below the average state wealth and $1 to $1 for the areas at or above the average state wealth. For the courthouse bonds the funds will be on a $1 to $4 basis for tier one counties, a $1 to $2 basis for tier two and all other tiers will be on a $1 to $1 basis.”
But that won’t be on the ballot when you vote for the bond. Remember, bonds cost money because of that little pesky thing called interest. So, get out your checkbooks…cause your property tax is more than likely going to go up to pay for these STATE BONDS.

So, state officials promoting these bonds may not be completely lying when they say they won’t need to raise taxes.  A whole new fiscal burden will be put on city councils and county commissioners across the state. And their constituents.

Let’s get back to Mr. Hastings.  Apparently, some folks got a little skeptical about his spin: 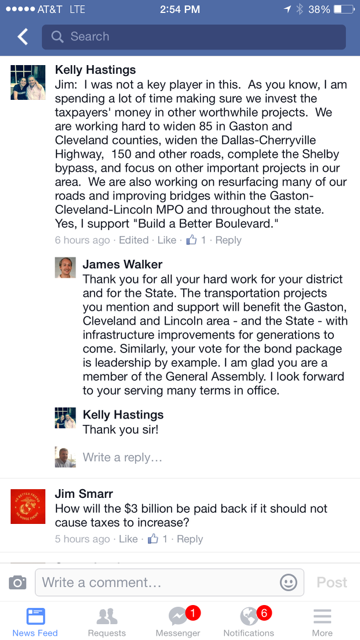 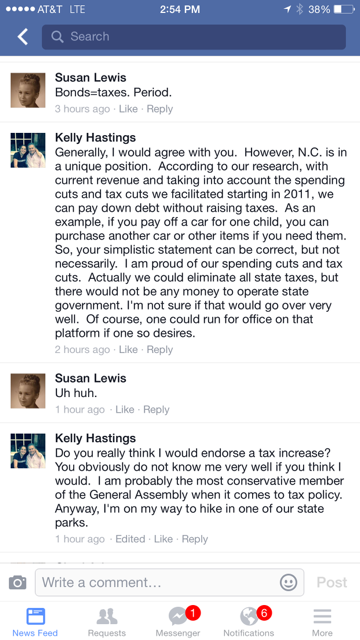 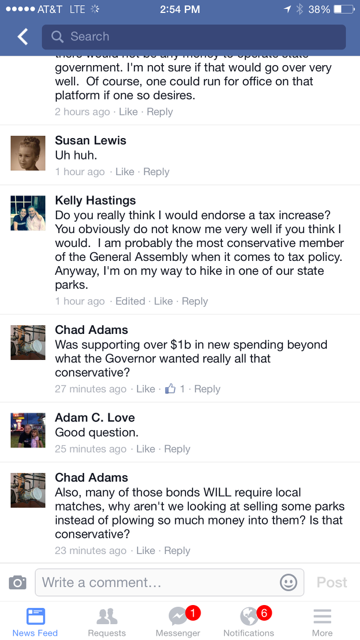 The folks in Raleigh are going to make this sound GREAT.  Local pols will get excited because it is money from Raleigh that they did not have to shake you down for.  But voting FOR this WILL cause more money to come out of your wallet. To be wasted, to buy votes, to build job security for Raleigh politicians.

One thought on “#ncga: Taxpayers. Smoke ’em if you got ’em.”