You can tell election time is getting close.  State Rep. Bob Steinburg  and his

team are revving up the whisper & slander machine that so effectively eviscerated primary opponent Clark Twiddy.

It’s almost funny to see how Ol’ Bob transitions on his Facebook page from posting about his latest visit to a church right into carpet-bombing his opponent with personal attacks.  (Is THAT WJWD?)

Ol’ Bob is already making the rounds proclaiming his opponent in November, Cole Phelps, is a “gun-grabber.”  (Never mind that Phelps has gone on the record calling himself a Second Amendment supporter with concerns about limiting access to guns for the mentally ill.)

Socialism involves government meddling in the private sector. (Like setting up a private business funded with government money, for instance.) Phelps may favor some of that, but SO DOES Steinburg. 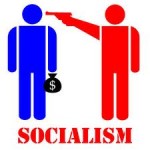 Here Steinburg is teaming up with a Democrat senator praising the ideas of government mandates and tax credits for solar and wind projects.  Here’s  a bunch of solar goons naming Steinburg a “champion” of their agenda (i.e., government handouts, mandates to benefit owners and manufacturers of windmills and solar panels). 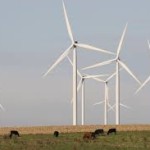 There’s nothing free-market capitalist about THAT agenda.  It appears you folks in Senate district 1 have some big-government socialist creep infesting BOTH sides of your race there.

5 thoughts on “#ncga: Shouting “socialism” in a rubber room”