Remember how leftists stuck us with those crazy automobile emission standards? Your car HAD to pass in order to get its inspection sticker and stay road-legal.  Leftists thumped their chests and told us THAT was saving our air quality for future generations.

Never mind that the emissions tests were not required for every county.  Everybody in Moore County is made to get an emissions test.  But, if someone dares to drive into the county from, say, Richmond or Hoke counties in a 30-year-old beater smoking like The DiceMan, this left-wing wet dream falls to pieces.  The same is true for someone passing through from South Carolina, Tennessee or Virginia, or other points north, south, or west.

But it all never really was about saving the planet.  It’s about making a certain behavior that liberals hate — driving cars — so unwieldy and expensive that people do less of it.

That’s what the so-called Paris accord was all about, as well. It was about slapping so many rules and regulations on practicing capitalists that it becomes outrageously expensive and unwieldy to do business.   It’s good old fashioned Marxism with a wee bit of lipstick and eye shadow applied.

President Trump took a two-ton weight off of the shoulders of our economy by pulling us out of the Paris accord.  But leading North Carolina Democrats have decided to side with European socialists over their own neighbors:

[…]  Despite President Trump’s withdrawal from the Paris Agreement, 86 US mayors — all members of joining the Mayors National Climate Agenda — have committed to reducing greenhouse gas emissions, investing in renewable energy and energy efficiency and “standing for environmental justice.”

This is the list of the North Carolina leaders who have joined the Mayors National Climate Action Agenda:

*Great.  Eight places I don’t want to visit, much less live in, filled to the brim with lefty snobs bent on voting our state and nation into the same mess they’ve created in their own hometowns.  As if the high taxes and crime rates don’t already make you want to avoid those places.  Now, they’re going to pile oppressive “green” regulations onto their hapless residents.* 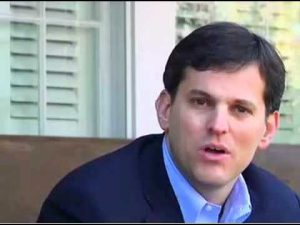 [..]In April, North Carolina Attorney General Josh Stein and 12 other attorneys general sent a letter to Trump, asking him not to withdraw from the pact. Only two other countries besides the US did not join the Paris Climate Agreement: Syria and Nicaragua.

Yesterday Stein reiterated the state’s commitment to the agreement:

“Withdrawal from the climate accord is a major setback to our efforts to promote clean energy, increase clean tech jobs and guarantee national security. As Attorney General, I will continue to fight for clean energy policies that help protect our air and water.”

*Because THAT is the #1 job of the state’s attorney general — clean energy policies.  (Forget that mess in the crime lab.)*

I guess it make sense Lil’ Josh is making noises in favor of this.  Those eight mayors represent about 90 percent of what’s left of the North Carolina Democrat Party’s base. (He needs their votes!)

Of course, those eight cities — especially Durham in the dead of night — pulled ol’ Roy’s chestnuts out of the fire.  So you KNEW he was going to sing its praises:

Cooper’s announcement comes after President Donald Trump said he is withdrawing the United States from the Paris compact, an agreement involving nearly 200 nations aimed at slowing the warming of the planet.

“Pulling out of the Paris Accord is wrong for our country, our children, and the generations to come,” Cooper said. “North Carolina’s commitment to clean air and a healthy environment will remain a priority despite the lack of forward thinking leadership from the current Administration.”

Cooper signed an open letter to the international community that signaled “We Are Still In…to provide the leadership necessary to meet our Paris commitment.”

“North Carolina knows that clean air and energy innovation are good for our economy and health, and we’re committed to continuing to lead in this area even if Washington isn’t,” Cooper said.

The fellas in his hot yoga class in Chapel Hill have got to be beaming with pride. MORE:

[…] Cooper’s Office pointed to bipartisan efforts in the state like the Clean Smokestacks Act and the Renewable Energy and Energy Efficiency Portfolio Standard that have helped North Carolina reduce air pollution and take a lead in solar energy.[…]

All stuff that makes your power bill so much more expensive than it is for folks in neighboring states.

Agreements like the Paris accord are little more than mob violence by the special-needs, short-bus economies against the world’s achievers.  These agreements are also cheered by China and India — who know we will bend over backwards to abide by the flood of regulations while THEY ignore them, cheat, and rake in billions and billions of dollars.

Josh and Roy are doing a bang-up job of delivering for their buddies in Carrboro and Chapel Hill (and those other six liberal ghettos).

Josh and Roy?  They’ll ALWAYS have Paris.  (President Trump, though, has given the nation’s economy a shot in the arm by kicking this disaster to the curb.)

Environmental protection is great.  (I like pretty scenery and fresh air.)  But we really need to get it out of the hands of left-wing opportunists and garbage-science practitioners whose real agenda involves crippling capitalism and increasing dependence on government.

2 thoughts on “NC libs choose Paris over their own neighbors”