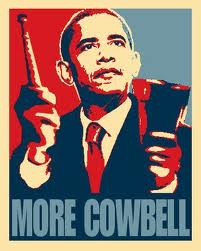 North Carolina Democrats have lost nearly 40,000 registered voters, between the ages of 18-25, since 2008.  It’s been universally accepted that demographic voted overwhelming for BarryO, and was they key to his victory over John McCain.  Before the NCGOP gets too excited about this development, they need to think about a few things:

The law allows college students to vote in local, state, and federal elections AT THEIR CAMPUS LOCATION — even if their permanent address (mom and dad’s house) is in another part of the state, or ANOTHER state.  I have a friend – from Pennsylvania — who attended UNCG for four years.  She was allowed to register in Greensboro, even though she was a permanent PA resident.  She voted in all kinds of elections in Greensboro while there. (She moved to NYC following graduation.)
How fair is it to the taxpayers of the communities where these campuses are located, for college kids who (1) are in town (or the state) for only two to four years, and (2) maintain their permanent residence in other locales, to have an equal opportunity to make political decisions that will affect the community or state well after they are gone?

Anyway. The voter registration drives will be back.  They’ll get their numbers back up in time for November.  The numbers were up earlier last time around because there was a Democrat primary for governor AND president.