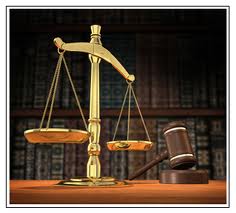 The nation has been captivated recently by the sensational trial in Florida of a young mother accused of killing her two year old daughter.  The tabloids, newspapers, and TV shows gave us the most sensational bits and pieces of testimony and the case facts.  The jury returned a verdict of “Not Guilty” to murder, and a national cry of dismay and anger went up.  Who are these idiot jurors?, people asked. What are they smoking?  How could they not see what we saw on TV?

In Moore County, jury selection has started for another even more grisly crime. Robert Kenneth Stewart is on trial for his role in a March 29, 2009 shooting spree at Pinelake Health and Rehabilitation Center in Carthage.   Stewart’s estranged wife was employed at that nursing home at the time.  Witnesses saw Stewart show up at the facility fully armed, wound one man in the parking lot, then murder seven people inside the nursing home.  Stewart was arrested after being wounded by a shot from a Carthage police officer who responded to a 911 call from the nursing home.

If you think people had outrage over a woman accused of killing her own two year old daughter, you can’t imagine the level of seething hatred for a man accused of murdering defenseless seniors in a nursing home.

Stewart, through his lawyers, has admitted to the killings. However, he claims he was insane at the time of the incident.   If Stewart is not dropped into a tank full of Great White Sharks, or a vat of acid, or crucified so vultures can peck out his eyes,  we will see the same — or worse — level of outrage that followed the conclusion of the Casey Anthony trial.    A woman in Florida was nearly killed by someone who mistook her for Anthony.  A juror in the Anthony trial has had to flee the state and go into hiding over threats.

(Come on, people.   It is hard enough as it is to get people to serve on jury duty.)

I am a former journalist who covered a lot of trials. I sat through the proceedings from gavel to gavel.  I would go home, watch the TV news, and wonder if they watched the same proceedings I did.

Jurors are held to a different standard than journalists and their readers / viewers.  They have to follow the rules laid down by the judge.  They are told to disregard some statements made in open court — many of which STILL get reported by the media.  Many sensational statements are made in the courtroom OUTSIDE the presence of the jury.  Those statements get reported by the media to the public.  If jurors are sequestered, they likely never heard those statements.  Even so, they are always instructed to stay away from media reports about the trial.

Prior to jury deliberations, judges give lengthy instructions to jurors in the form of a list.  If the jury finds EVERYTHING on the list applies to what they heard in testimony, they can return a GUILTY verdict.  If even one thing does not apply, they have to say “Not Guilty” or move to another verdict choice given to them by the judge.   (Remember, all decisions delivered by a jury HAVE to be unanimous.  An 11-1 split means a mistrial, or moving on to another verdict.)

Unless you have observed a trial from start to finish, you don’t have enough information to evaluate the jury or the judge.  THIS is the system we have.  The media needs to be more responsible.  Less sensationalism, and more explanation of what is happening.   Inform the public of the details of the jury’s instructions, and let the public know what the jury has been told to disregard.

Our system was set up to protect the public from the state.  The burden is always on the state.  That is a good thing, anyway you look at it .

Instead of getting angry at the defense attorneys, the judge, the DA, the jurors, the defendant’s family or any other player in the case, why not get angry at the system that allowed an abusive nut case like Stewart roam free for years?  The nut who shot the congresswoman in Arizona had a long record of bizarre, delusional, antisocial, violent behavior prior to his brush with “fame.”  How does this happen?

Lawyers scratching each others’ backs —  lawyers getting favors from their former colleagues now on the bench wearing black robes — allows stuff like that to happen.

Whatever the outcome of this trial — with all of the sensational media coverage — I hope Moore County can keep its cool.  Let’s not resort to the kind of idiocy we’ve seen in the wake of the Casey Anthony circus.   Going after Stewart or the jurors or the lawyers with a sense of vigilante justice will not bring back the folks who died that day at Pinelake.