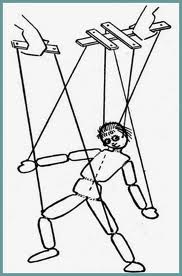 The allegedly mainstream media has been trying to paint the Occupy Wall Street, Occupy DC, Occupy Raleigh, etc.  movements as spontaneous acts of taxpayer frustration.  The Fayetteville Observer may have screwed up that plan with its coverage of  THIRTY people turning out Thursday as part of ‘Occupy Fayetteville’:

Al Peuster, a retired Lutheran pastor in Fayetteville, said he organized the peaceful rally in support of the movement that originally was meant to bring attention to high unemployment rates and declining household incomes. …

Some people have likened the Wall Street protests to the tea party movement started in 2009 by conservative voters worried about the burgeoning national debt.

Peuster said the tea party has a voice, and people with different views need to be heard, too.

“The rich are getting richer, and they are a strong people,” Peuster said. “They have a talent for making money, and they should use it more to benefit others.”

Rashida Moore said she got an email from Moveon.org about the rally and brought her two children, ages 13 and 15, to the Market House.

“I thought they should see a part of history,” said Moore, who works at the Walmart distribution center. “We need change in America. The lack of jobs is a great concern.”

She and her children later joined the rally alongside the other protesters.

Okay.  First of all — I’ve attended cookouts and cocktail parties with more than 30 people in attendance.  Will The Observer show up to cover those?

Second — this group is far from the spontaneous grassroots effort that became The Tea Party.  Only four weeks old, the movement has its own daily four color printed newspaper called ‘The Occupy Wall Street Journal.’  It is a high quality printing job that closely resembles the real Wall Street Journal.  THAT takes a lot of money and organization.  Where did all of these laid off, broke individuals come up with a printing press, an editorial staff, and all of that money?

Moveon.org is one the top dogs of the political left. (Go to their web site and you can see the evidence of their work to incite this silliness.)  They were founded as a PR defense mechanism for Bill Clinton during his impeachment proceedings.  The group went on the offensive against any and all of Clinton’s accusers in an attempt to damage their credibility and derail the proceedings.  Post-Clinton, the group has become a reliable attack dog against anything and everything conservative or Republican (some say patriotic, as well).  The group, founded — ironically  — by a multimillionaire,  pounded the Bush-Cheney administration for its efforts to avenge the 9-11 atrocities. Moveon.org has worked hard to undermine our nation’s military efforts in the Middle East.