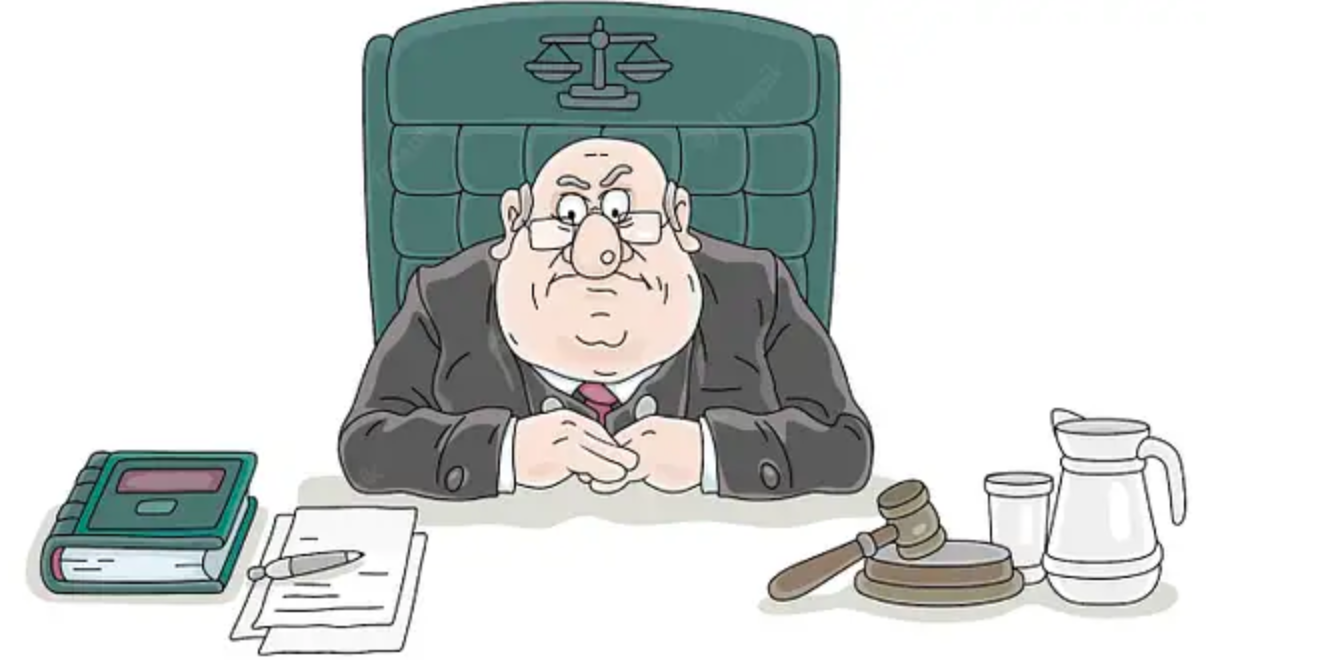 I covered a lot of courtroom action during my drive-by days.  More-experienced colleagues warned me that judges are basically GOD in their courtrooms.  Pretty much ANYTHING they say there GOES. So, I was told, watch yourself.

It appears a Harnett County man learned about the GOD complex the hard way:

[…] Gregory Hahn, 47, along with 98 other candidates for jury orientation, showed up at the Harnett County courthouse on Monday. Most prospective jurors, including Hahn, were not wearing masks, he recalled.

“We were in [an assembly room] for about 20 to 30 minutes, shoulder-to-shoulder, with three-quarters of us not wearing masks,” Hahn toldTucker Carlson Tonight. “So the virus — if there was [a] virus out there – contaminated us anyway.”

Despite there being no mask mandate in the courthouse or within the state, Judge Charles Gilchrist — appointed by former Democrat Gov. Bev Perdue — required everyone in the courtroom to wear a face covering.

“You can go in any district courtroom without a mask, you can come into superior clerk court without a mask and the [district attorney’s] office without a mask, but with Judge Gilchrist he has a mandate that you must wear a mask,” clerk of Superior Court Renee Whittenton told WRAL.

Whittenton claimed that Gilchrist is the only superior court judge in Harnett County with a mask requirement. He further noted that each juror was notified of the mandate and was given a mask.[…]

Joe Biden told ’60 Minutes’ the pandemic is OVER.  This judge apparently didn’t get the memo.
MORE:

[…] However, Hahn — a U.S. Navy veteran — told the local outlet that no prospective juror was notified beforehand of Gilchrist’s mandate. The 47-year-old also mentioned that there were no signs in the courthouse stating there was a mandate

As Hahn was summoned to the bench, Gilchrist asked him why he would not wear a face covering.  The judge also told him that he could be fined $500 and spend 30 days in prison for contempt of court.

When he told the judge he would not wear the mask, Gilchrist ordered Hahn to spend 24 hours in county jail.

When Hahn asked to be excused because it was only a 24-hour detention, the judge coldly replied, “I could, but I’m not going to.” The veteran noted he had not yet been selected for jury duty, as it was still orientation.

Moments later, Hahn was restrained, had his mugshot taken, and was ordered to wear an orange jumpsuit. He was held in a solitary cell until the following afternoon.

“It was the worst 24 hours of my life. I was refused to make a phone call to my minor child who is home,” he told Carlson. […]

According to Hahn, Gilchrist was not even obeying his own rules when he threw the 47-year-old in jail.

“The irony of all this is the judge was talking to me without a mask,” Hahn told WRAL. He also noted the jail facility did not have a mask mandate.

The veteran says that he has not ruled out filing a lawsuit.[…]

The jury selection process in North Carolina has such a reckless disregard for the average citizens snared in it.  Lawyers take their sweet time getting to the courtroom.  Judges take their sweet time, too.  It’s not unheard of to sit for eight hours, not get called, and then be told to come back the next day.  *So What if you have a job or have kids at home?*

Gilchrist is screaming for an opponent in the next election. You sane folks in Duplin County need to get to work.  Gilchrist has earned himself AND y’all some unpleasant national media attention.